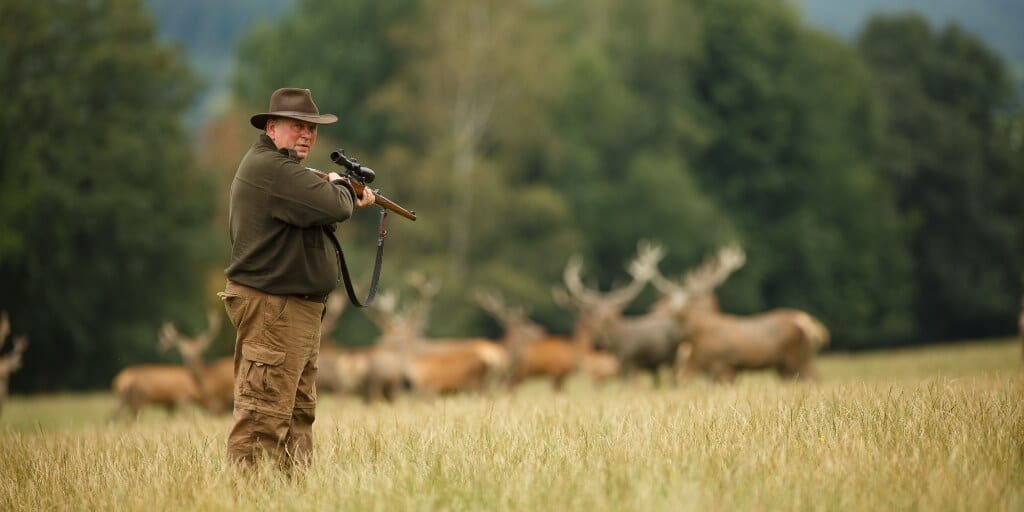 Campaigners have slammed the policy plan that could ‘create a giant loophole and mean the legislation would provide no meaningful improvement on the status quo’.

The new policy document, which enumerates new pledges to ‘improve the treatment’ of animals, includes recognizing animal sentience, banning the export of live animals, cracking down on foie gras, banning primates as pets, exploring the end of fur and more.

However, conservationists say the new clause on trophy hunting will lead to “government-approved” wildlife kills as it opens the door to shooting critically endangered species such as black rhinos, elephants and polar bears.

According to the policy paper, UK will ensure that imports and exports of hunting trophies “are not threatening the conservation status of species abroad”.

This move is in alignment with a similar scheme branded as “blood money” loophole in the US. The exemption allows trophy hunters to shoot and keep trophies of critically endangered black rhinos.

Currently a hunter bringing home parts of a threatened species needs a permit from the Department of Environment, Food and Rural Affairs (Defra) to ensure the trophy is not “detrimental” to species conservation.

The new proposal will give hunters the added option of importing trophies of critically endangered species on the grounds that they could contribute to conservation.

Claire Bass is the director of Humane Society International. She said: “Allowing hunting trophies to be imported under a fig leaf of supposed conservation benefit would undermine the Government’s goal of having the strongest hunting trophy ban in the world.

“To truly protect wildlife we need a loophole-free ban, not a pay-to-slay.”

She added: “We are extremely concerned the government appear to be rowing back on their commitment to bring in the ‘toughest trophy-hunting rules in the world’ and end the ‘morally indefensible’ practice of trophy hunting.

“Adding a caveat to imply that if a trophy is not ‘threatening the conservation status of a species abroad’ it could still be imported, would create a giant loophole and mean the legislation would provide no meaningful improvement on the status quo.

“If Defra pursues this line, we could effectively end up with UK government-approved trophy-hunting. If the government plan to just repackage the old system, we cannot support them, or celebrate any progress for wildlife protection. We urgently need clarification on this important point.”

Eduardo Goncalves, the founder of the Campaign to Ban Trophy Hunting (CBTH) said: “Trophy hunting groups have brought pressure to make the law meaningless. The ‘blood money’ loophole allows the wealthy to kill and collect the world’s most endangered animals for kicks by arguing they are funding conservation.

“Trophy hunters will be rubbing their hands in glee. It is the cruellest of bloodsports, a shameful relic of colonialism and a dark stain on society.”

In response to the concerns, Animal welfare minister Lord Goldsmith told The Independent: “There’s no point having a ban on imports of hunting trophies if it still allows the export of body parts from endangered animals under a loophole. Details will be produced shortly, but it will be an effective and comprehensive ban. I understand the concern, but when details are revealed, those concerns will be allayed.”