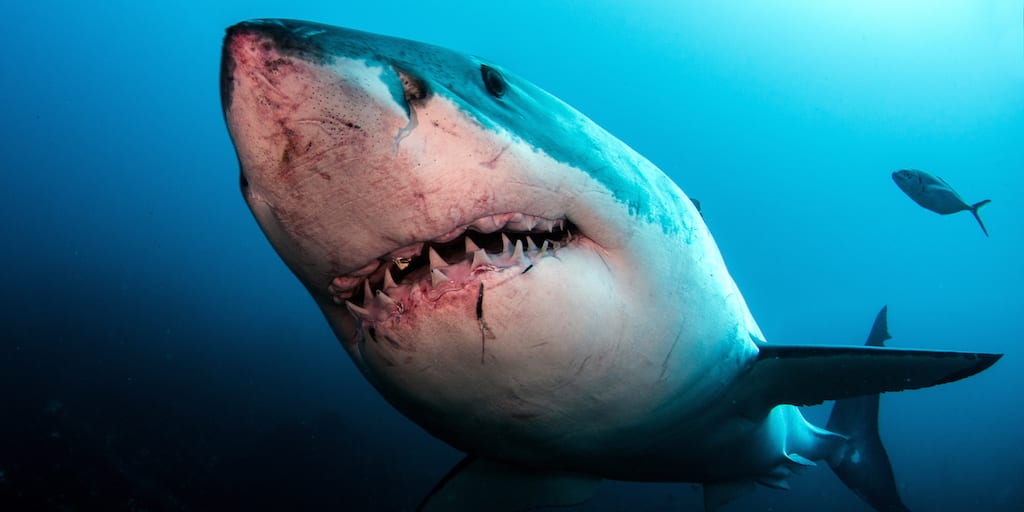 Numbers of great white sharks are in drastic decline in the Mediterranean Sea and their disappearance has devastating knock-on effects for entire marine ecosystems, a new study has warned.

Researchers from La Sapienza University in Rome, Italy together with Stanford University and the University of Virginia in the US gave strong warnings about the future of the great white.

Experts concluded that if current trends continue the shark could completely disappear from the Mediterranean Basin.

Great whites are at the top of the food chain and have no natural predators, making their declining numbers more significant.

Researchers warned of ‘disastrous cascading effects on the whole trophic chain’ if the great white and other apex predators became extinct. The shark’s prey would lose a key predator and its numbers would likely increase – damaging the balance of the food chain.

Humans are by far the biggest threat to shark numbers. Great whites are caught up in commercial fishing intended for other fish, and they are also directly hunted by humans.

The first of its kind study estimated the presence of the shark in the area over 160 years.

Great whites are officially classed as ‘critically endangered’, but conservation action can only be taken in the Basin if enough data about its status is available – leading to the new study titled Abundance and distribution of the white shark in the Mediterranean Sea.

Researchers collected 773 observations to document great white presence dating back to 1860. Authors noted a “complex trajectory of population change characterised by a historical increase and a more recent reduction since the second half of the 20th century”.

“For instance, in central Mediterranean sectors, a 52 per cent decrease was observed, whereas in the Marmara Sea the decrease was 96 per cent. Moreover, the reduction often comes with a decrease of spatial distribution, data often linked to endangered populations.”

Share this article to reveal the impact commercial fishing has on marine ecosystems.