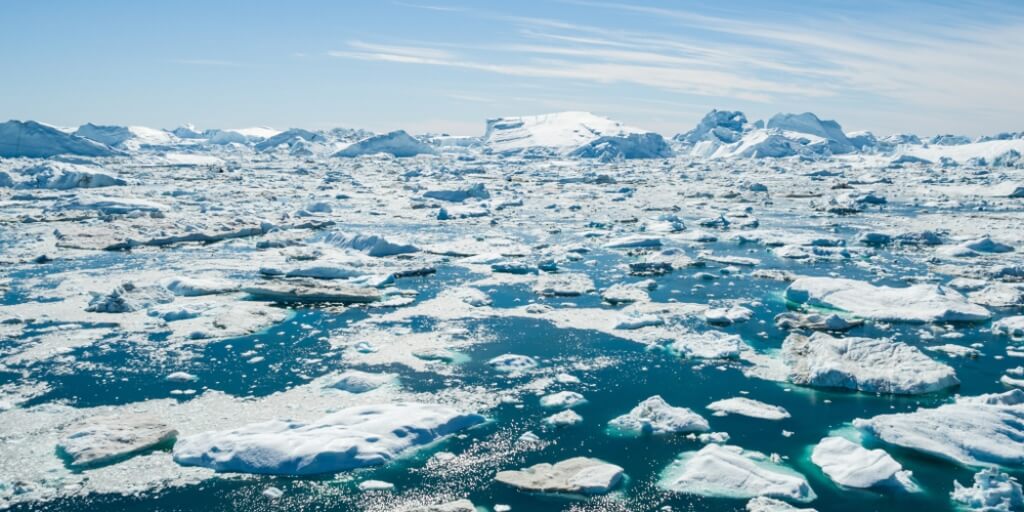 “It’s a very high level of melting and it will probably change the face of Greenland, because it will be a very strong driver for an acceleration of future melting, and therefore sea-level rise.”

Greenland is rapidly losing vast amounts of ice this melting season, which usually lasts from June to August.

Last week, the ice sheet lost 8.5bn tons of surface mass in a single day ( 27 July, Tuesday). It resulted in meltwater that was enough to drown Florida in two inches of water, the Danish government monitoring the area reported.

The region also witnessed an all-time record temperature of 19.8C the following day.

According to the Danish researchers who posted the data on Polar Portal, the island has already lost more than 100bn tons of ice since the start of June this year.

While the 2019 melting event was more extreme with 11bn tons of ice lost in a single day, the World Meteorological Organization said the area of land melting is much larger this time around.

The Arctic is warming three times faster than the global average thanks to the impacts of human-caused climate change.

Data reveals that Greenland and Antarctica – the earth’s other polar region – have together lost 6.3tn tons of ice since 1994 and Greenland’s ice melting rate currently is the highest it has been in the past 12,000 years.

Marco Tedesco, a glacier expert at Columbia University and adjunct scientist at Nasa said:  “It’s a very high level of melting and it will probably change the face of Greenland, because it will be a very strong driver for an acceleration of future melting, and therefore sea-level rise.

“We had these sorts of atmospheric events in the past but they are now getting longer and more frequent.”

The current ice melt rate is expected to elevate global sea level between 2 and 10 centimetres by the end of the century and these levels could wash away the world’s low-lying coastal cities by storm-surge flooding in the future.

“The action is clear – we need to get to net-zero emissions but also we need to protect exposed populations along the coast. This is going to be a huge problem for our coastal cities.”

Thomas Slater, a glaciologist at the University of Leeds, told CNN: “While such events are concerning, the science is clear.

“Meaningful climate targets and action can still limit how much the global sea level will rise this century, reducing the damage done by severe flooding to people and infrastructure around the world.”