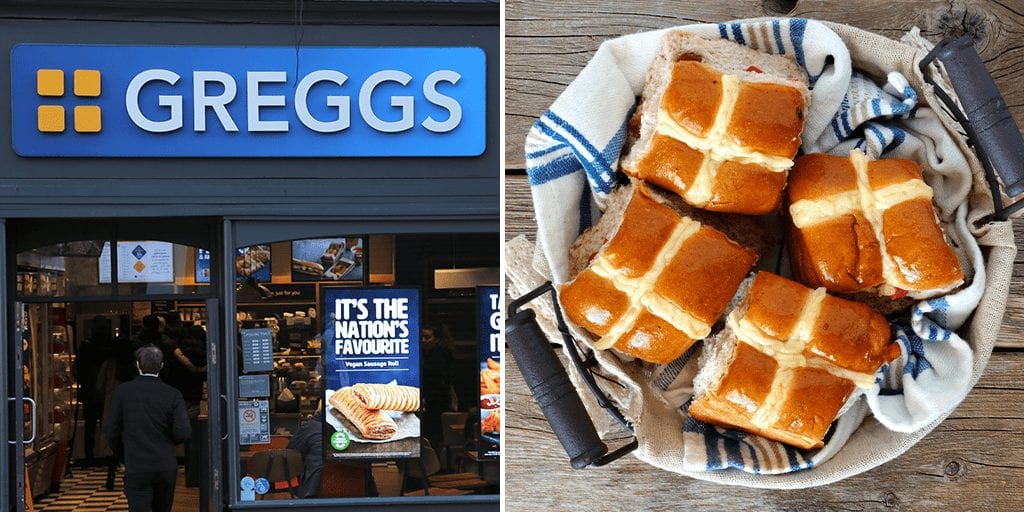 The high street bakery has major plans to expand its vegan range this year and the next item is reportedly a vegan hot cross bun.

The vegan hot cross bun will be the bakery’s fourth vegan offering after announcing that it has been working hard to “come up with a version of all our best selling lines because people want vegan options.”

“It took us a couple of years to perfect our vegan sausage rolls, and I can now reveal our staff are working hard in our testing kitchens to make new meat and dairy-free products suitable for vegans.”

Last November, Greggs CEO Roger Whiteside announced that he had switched to a  new plant-based diet to remain healthy after being inspired by the vegan documentary, The Game Changers.

He spoke of his new plant-based food regime  at an awards ceremony organised by The Journal that saw him pick up the North East Business Executive of the Year award.

“Obviously, there are arguments based around animal welfare and the environment, but this was all about the health benefits, and I thought I should give it a go,” he said.

While meat was easy to resist, the CEO found “avoiding milk and cheese almost impossible.”

“If you’d asked me three weeks ago which roll I preferred I would have said the original sausage roll, but I’m now attempting to live on a vegan diet,” he added.

Share this news to let others know about Gregg’s new vegan product launch.