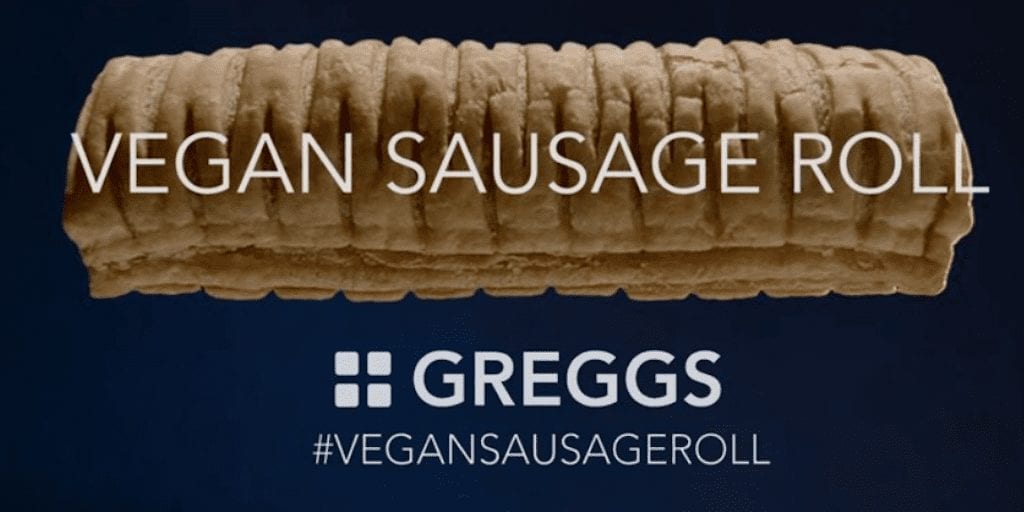 Due to overwhelming demand of its infamous vegan sausage roll, Greggs will roll out the product to all 1800 stores across the UK, and is looking into developing more vegan options.

The vegan sausage roll, which has 96 layers of light puff pastry wrapped around Quorn filling, was launched on January 3 in 900 stores. 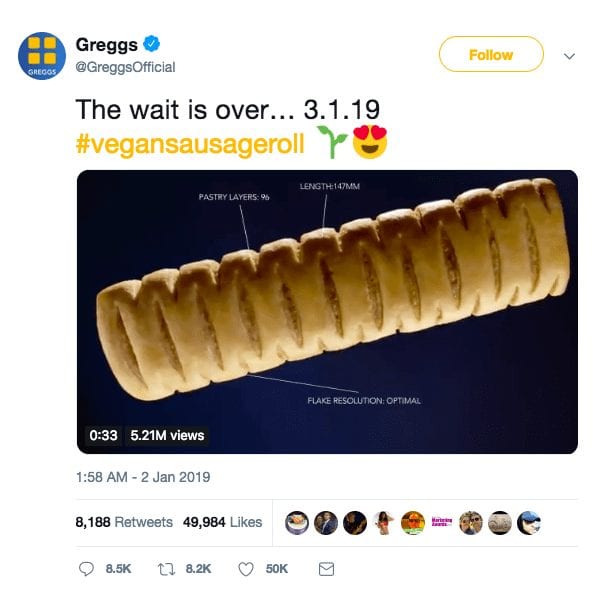 Greggs has since increased its profit forecasts for 2019, and the rolls have been sold out in stores up and down the UK.

Chief executive Roger Whiteside told the Chronicle: “The world has been consumed by the vegan sausage roll. It’s gone viral, which is great. It’s taken us by surprise quite how much excitement it has created.

“It’s literally flying off the shelves. We launched it in 900 shops. But with all the hype surrounding it, it sold out straight away and we have 900 shops who didn’t get it who are screaming out for it, so we are chasing our tail getting availability running.”

Greggs has increased production to cater for all 1800 stores.

Whiteside continued: “But you can’t just turn on a tap. We have to gear up production until we can respond and get the products out there, so it’s going to be hand to mouth availability in the next couple of weeks.”

Greggs also is eyeing up options to add to its vegan range due to the staggering demand.

Whiteside added: “There’s nothing I want to alert the market to yet but yes, we now have three vegan products with the award-winning bean wrap, winter warmer soup and sausage roll, and we have teams looking at other options.”

Greggs has since added a vegan Mexican Bean Wrap to its summer menu as a permanent addition.

What do you think of the Greggs vegan sausage roll? Tell us in the comments section below!