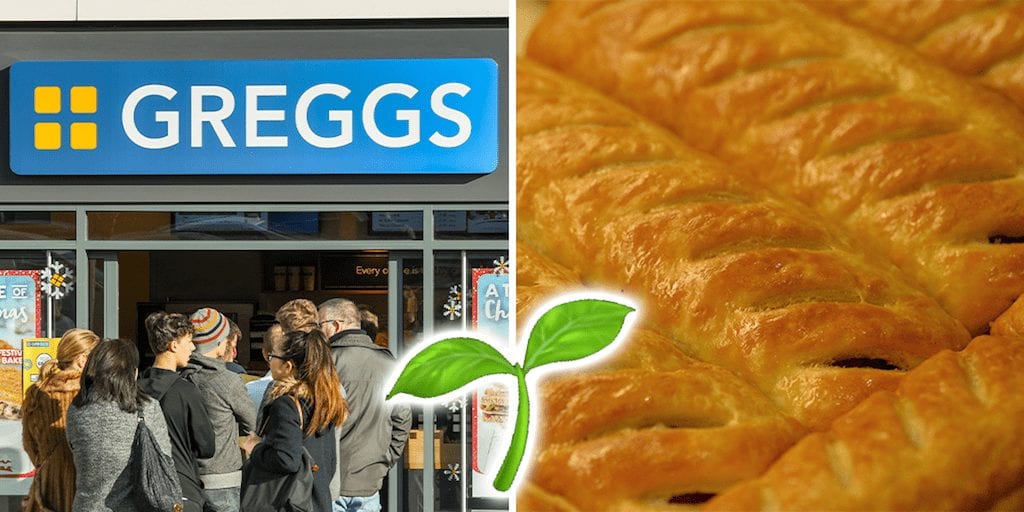 Greggs has released a snippet announcing the launch of new vegan products to look forward to in January 2020.

Greggs is still basking under the glory of its last year’s smash hit-the vegan sausage roll is no secret.

The plant-based puff pastry still features in the top five selling products today and has helped the company gross annual sales over £1bn.

However, the high street bakery is gearing up for an even bigger vegan surprise as it launched a teaser video on social media captioned: “This isn’t flake news…”

Many are speculating that Greggs has finally cracked the perfect vegan recipe for its iconic steak bake.

“We have it on good authority that certain Gregg’s Stores in the UK are already preparing for the launch of the Vegan Steak Bake,” read its Instagram post.

“By the looks of it, it’s going to come before Christmas, but we will have to wait and see.”

But, Greggs is still tightlipped about what it is that’s hitting stores next month.

The brand simply confirmed: “The rumours are true. We can’t wait to reveal more about the launch and how we will be adding to our vegan menu.”

Greggs fans are absolutely thrilled with the announcement and the video has been retweeted and liked a thousand times over.

@Leah__Kendall chances of me doing Veganuary just increased at least 50%

“@Leah__Kendall chances of me doing Veganuary just increased at least 50%,” commented a user

“I don’t know what ya dropping but i’ve heard rumours of a steak slice and i’m EXCITED,” wrote another.

“We are ready and waiting,” added a third.

So, while Gregg’s is yet to let the cat out of the bag, we can salivate by just thinking about the options we can look forward to. What will Greggs next launch be? A vegan version of a sausage, beans, cheese bake, steak bake, chicken bake, bacon or cheese wrap?

What will Gregg’s next vegan product be? Share your thoughts in the comments below!