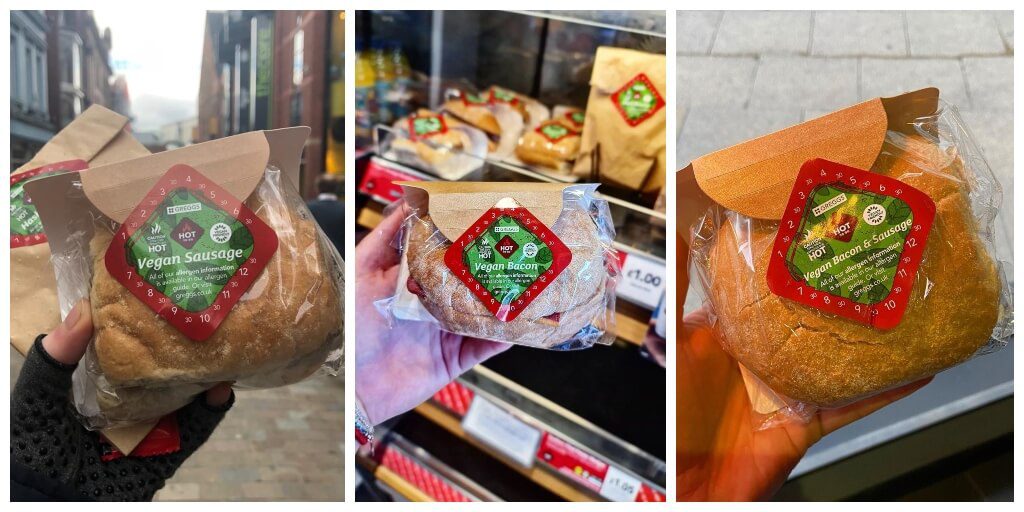 After expanding its vegan range with the introduction of the vegan steak beak and, more recently, the vegan sausage, bean and cheeze melt, Greggs is on a roll.

The UK’s popular high street bakery chain has once again upped its vegan game with the roll out of two new breakfast options: vegan bacon and vegan sausage.

You can also have the two rolled into one with the Vegan Bacon and Sausage Bacon roll.

The vegan bacon roll features smoky flavoured plant-based ‘bacon,’ sandwiched between the bap whereas the sausage sandwich is made up of Quorn sausages, and served on a corn roll.

The vegan sausage has been added to more than 600 shops across the country. Meanwhile, the meat-free bacon roll will be available at more than 100 stores.

However, that’s not all, Greggs autumn menu also has hash browns – made from shredded, seasoned potatoes.

A two pack cost £1 or you can add them to a breakfast deal for just 50p.

Greggs first entered the vegan scene with its vegan sausage roll in 2019. The pastry caused mass hysteria on release and was so popular that Greggs struggled to keep up with overwhelming demand.

Later that year, the Newcastle bakery boss revealed he had ditched meat after watching the vegan documentary The Gamechangers.

“Obviously, there are arguments based around animal welfare and the environment, but this was all about the health benefits, and I thought I should give it a go,” CEO Roger Whiteside said at the time.