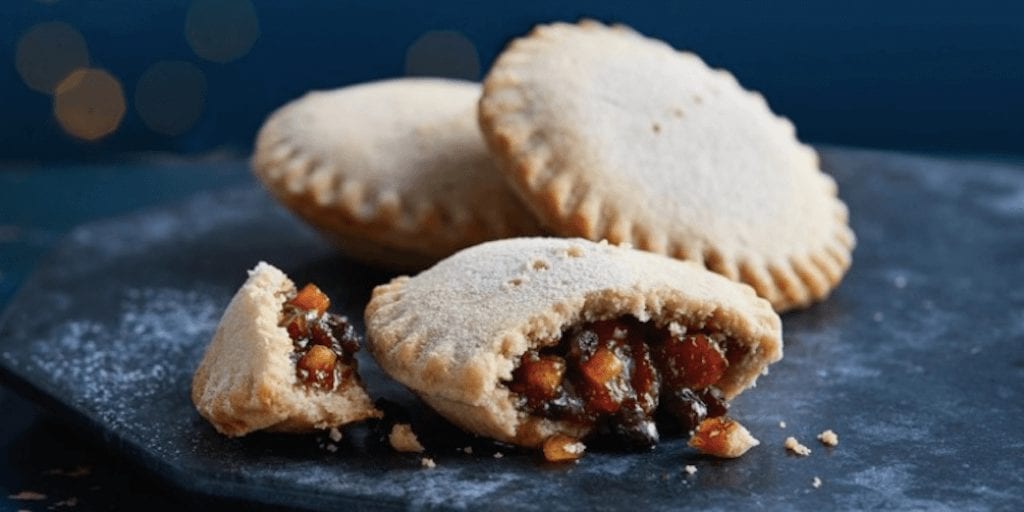 The British high street bakery’s latest vegan offering has already rolled out in select stores across the U.K – retailing at 59p each or six for £1.75.

The food account recently shared a picture of the pie box, which has already debuted in select stores across the U.K.

The crumbly shortcrust pastry is filled with sweet mincemeat made from vine fruits, Bramley apple, candied orange and lemon peel.

According to the group, the new mince pies are the “flattest” and the “best shop bought” pies they’ve tasted so far.

Greggs Launch Vegan Mince Pie Boxes – and they are the best we have tried so far 😀 🌱 ….. @greggs_official also win the award for the flattest #vegan Mince Pie on the market 🤣 But seriously, best shop bought mince pie we have tastes so far 😋 We have some exciting #veganfood news coming later, Follow @vegan_food_uk and dont miss out 💜

The vegan item retails at £1.75 for one box containing six sweet mince pies or 2 boxes for £3.

The new sweet mince pie is part of Greggs indulgent Christmas 2020 menu, which the bakery has made available for delivery via Just Eat in light of the new lockdown restrictions in place.

Greggs has launched several vegan options following the launch of its vegan sausage roll last year, which went on to become one of Greggs’ fastest selling products of the last six years.

Greggs’ Cheif Executive Roger Whiteside, in an interview with LBC,  said: “We are working away to see if we can come up with a version of all our best selling lines because people want vegan options.

“If we can produce something that tastes just as good as the meat version, then that will sell very successfully.”

Share this story to let others know about the new Greggs’ vegan mince pies.