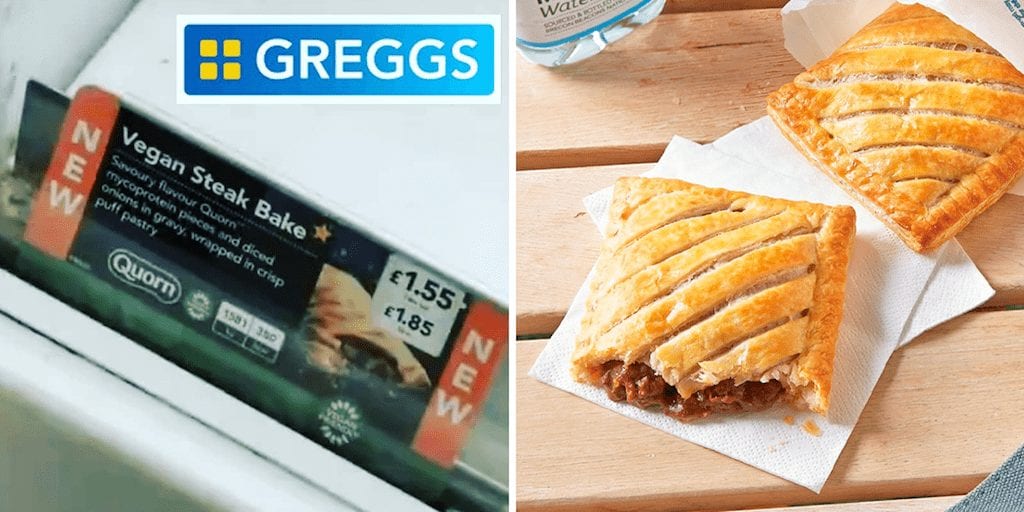 A leaked Greggs vegan steak label has confirmed the imminent launch of the bakery’s most anticipated dish.

Following the hype generated by the bakery’s teaser video on social media, the chain seems to finally unveil its new vegan offering.

According to an image clicked by Instagram user Healing With Houmous and reposted by Vegan Food UK, the high street bakery is set to release its Vegan Steak Bake on Thursday, January 2.

The sign spotted in a Greggs store shows details of a new vegan steak bake made from ‘savory flavor Quorn mycoprotein pieces and diced onions in gravy, wrapped in crisp puff pastry’. The item will cost £1.55.

Greggs has been working hard at perfecting vegan options for its popular meat counterparts.

According to another insider’s update, the bakery is also ready with its new vegan glazed ring doughnut and warm winter vegetable soup.

Greggs’ fans couldn’t seem to contain their excitement over the impending launch.

“Having giant chain Gregg on the vegan side is going to make a huge impact,” commented another.

“What a time to be alive!” remarked a third.

Will you try Greggs’ vegan steak bake? Share your thoughts in the comments below!