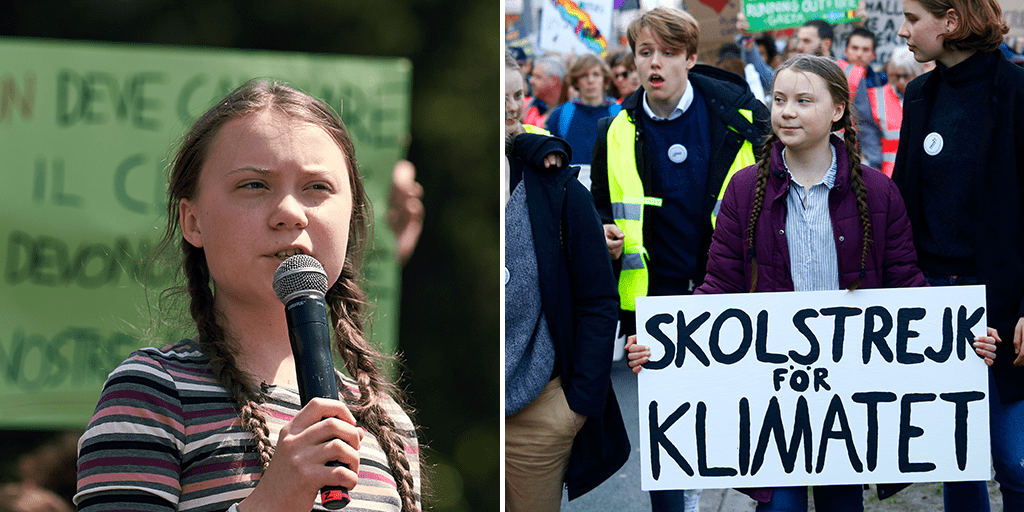 The 17-year-old climate activist has urged her supporters to be safe but continue to ‘create awareness and advocate for change’.

With the coronavirus outbreak being officially declared a global pandemic by WHO, Greta Thunberg encouraged her followers to “unite behind experts and science.”

In a series of tweets, Thunberg wrote: “We can’t solve a crisis without treating it as a crisis and we must unite behind experts and science. This of course goes for all crises.

“Now the experts urge us to avoid big public gatherings for a better chance to #flattenthecurve and slow the spreading of the Coronavirus.”

So keep your numbers low but your spirits high and let’s take one week at the time.
You can join the #DigitalStrike for upcoming Fridays- post a photo of you striking with a sign and use the hashtag #ClimateStrikeOnline !#fridaysforfuture #climatestrike #schoolstrike4climate 4/4

Over the past year and half after she started her solitary climate change protest outside the Swedish parliament, Thunberg has inspired thousands of students to rally for climate change.

In one of her latest outings, she addressed a crowd of over 30,000 people in Bristol, Southwest England before marching with them through the city centre.

But, with the outbreak that has claimed thousands of lives, and wreaked havoc across sectors, officials are urging people to exercise caution.

Addressing her followers in a Twitter thread, the Swedish climate activist wrote, “The climate and ecological crisis is the biggest crisis humanity has ever faced.”

“We’ll have to find new ways to create public awareness & advocate for change that don’t involve too big crowds – listen to local authorities.”

‘Act in the best interest of our common society’

She suggested that campaigners could continue protesting by sharing pictures of themselves with their protest signs on social media using the hashtag #ClimateStrikeOnline.

Thunberg added that although “We young people are the least affected by this virus but it’s essential that we act in solidarity with the most vulnerable and that we act in the best interest of our common society,”

“So keep your numbers low but your spirits high and let’s take one week at the time.”

Greta Thunberg, who has won the hearts of many for her perseverance and courage to call out world leaders for their apathy in addressing the looming climate crisis  was recently accused of being populistic by Ralf Speth, the boss of Jaguar Land Rover (JLR).

He criticized her protests stating that she and other activists were “doing wrong in many areas,” by raising concerns but not contributing to help tackle the climate issue.

According to him, her objections were “not justified”.

Share this story to encourage others to participate in online climate strikes.