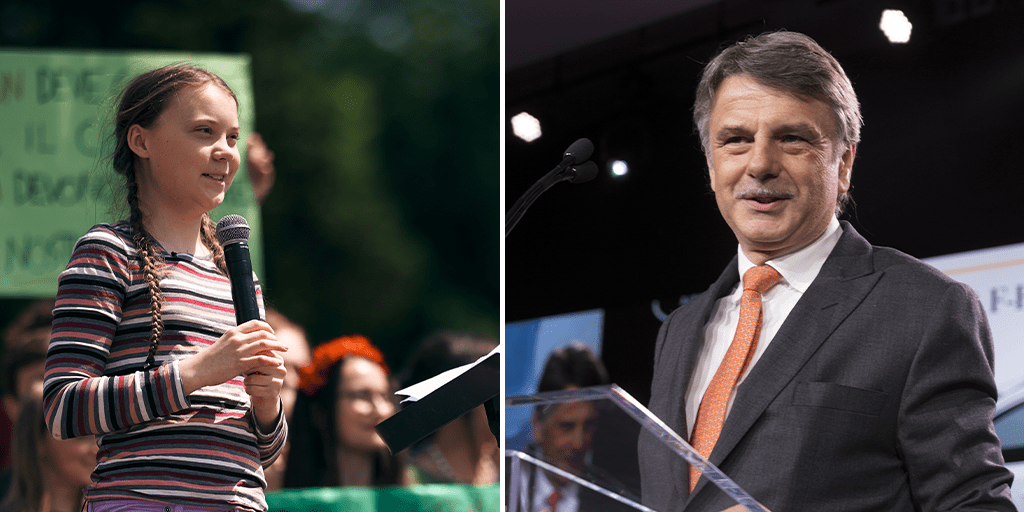 Ralf Speth, the boss of Jaguar Land Rover (JLR) has accused Greta Thunberg of being populistic by only complaining and not offering ideas to tackle climate change.

While the outgoing boss of JLR admitted that Greta Thunberg’s campaigning is a wake-up call for leaders and businesses, he didn’t seem to agree with her methods.

In an interview with Sunday Times, he slammed the 17-year-old activist and Extinction Rebellion of “doing wrong in many areas,” by raising concerns but not contributing to help tackle the climate issue. He said her objections were “not justified”.

“Greta created the wake-up call for many companies and people,” said 64-year-old Speth.

“But on the other hand, this kind of very populistic criticism — we destroyed her life, killed this and that — is not justified because we also created a better life.

“Wealth, health, education — the world is getting better.

“There is still a lot to do. But populism should be combined with ideas to make it better.

“There is no contribution, no ideas, just: ‘You’re all stupid.’ ”

According to Ralf Speth, businesses are working on solutions.

JLR manufactures the I-Pace electric car and is working on adapting its other existing vehicles to the electric model.

“Thousands of people are working on solutions,” said Speth.

“We know that we have to do better.”

He has led the luxury car brand for 10 years and is set to step down from his role in September when his contract ends.

‘We will not be silenced’

Despite her detractors, Thunberg continues her trailblazing protests inspiring millions to support her cause.

At the World Economic Forum in Davos, Thunberg, urged officials to stop investing in polluting fossil fuels and revoke subsidies to companies that use them.

At the recent Bristol Youth Strike 4 Climate event, she addressed over 30,000 attendees , who had gathered at College Green before leading a march around the city.

Addressing the crowd, she said: “World leaders are behaving like children.

“Once again, they sweep their mess under the rug for us young people, for their children, to clean up for them.

“We are being betrayed by those in power and they are failing us but we will not back down.

“We will not be silenced because we are the change and change is coming whether you like it or not.”

Share this story if you’re inspired by Greta Thunberg’s fight against climate change.