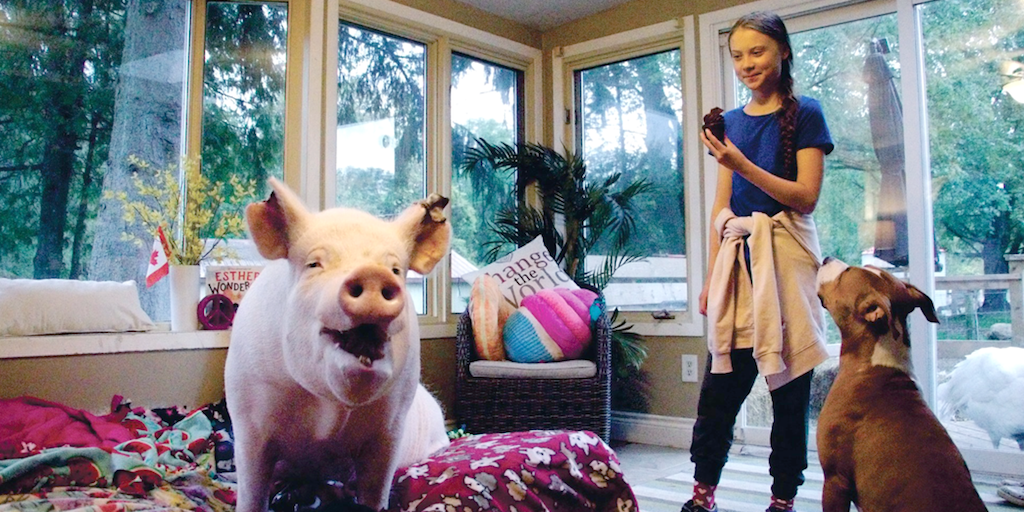 Greta Thunberg has been pictured with a fellow world-famous vegan, but on this occasion there were no handshakes and discussions of how to save our planet from devastation.

The Swedish teenager met Esther the Wonder Pig this week, and a photo was shared on the adored animal’s Facebook page.

“We were gonna change the world together, but she took my last cupcake so the future of our alliance is uncertain,” the caption read.

The post signed off “#HowDareYou” in reference to Thunberg’s powerful message to world leaders at a UN summit last month.

Esther became a social media sensation after her owners Derek and Steve Jenkins revealed she was sold as a micro pig, but they decided to keep her despite growing to be a full sized pig.

Esther now has two books dedicated to her and there’s even an upcoming feature film about her.

According to co-owner Steve, Thunberg has been an admirer of Esther for a long time and asked to visit her sanctuary in Ontario during her climate trip to Canada.

What do you think of Greta Thunberg’s appearance at the UN conference? Share your thoughts in the comments section below!