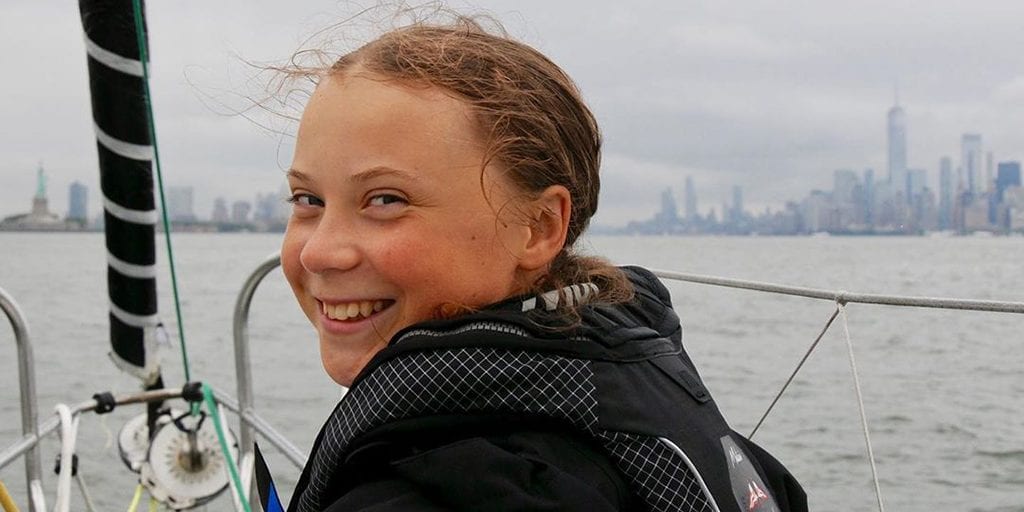 Teen climate change activist Greta Thunberg has been named as one of the ‘15 Women Who Will Change The World’ in the latest TIME magazine issue.

The new edition named ‘2050: How Earth Survived’, highlights the work of 15 women from varied walks of life in their campaigns on climate change.

“What you will not find in this issue are climate-change skeptics. Core to our mission is bringing together diverse perspectives.” said TIME editor in chief and CEO, Edward Felsenthal in a statement.

“Experts can and should debate the best route to mitigating the effects of climate change, but there is no serious doubt that those effects are real.

Greta Thunberg started her ‘school strike for climate movement’ last year which had her protesting outside the Swedish parliament to raise awareness about climate change.

The protest has since snowballed into a global movement with over 130 countries worldwide now part of her campaigns.

Thunberg said in an interview with TIME in April: “We are children saying, ‘Why should we care about our future when no one else is doing that? And why should we bother to learn facts when facts don’t matter in this society?’ When children say something like that, I think adults feel very bad.”

“I’m not planning to stop this movement, and I don’t think anyone else is either.”

The magazine also features interviews of other celebrities such as actress Angelina Jolie, who discusses why vulnerable Pacific Islanders must be helped, and an article from conservationist Jane Goodall giving five reasons she has hope the planet isn’t doomed.

TIME’s Special Climate Issue, 2050: How Earth Survived is out on stands today (13 September).

How much influence can Greta Thunberg have? Share your thoughts in the comments section below!