Greta Thunberg owns Donald Trump after he mocks her on Twitter 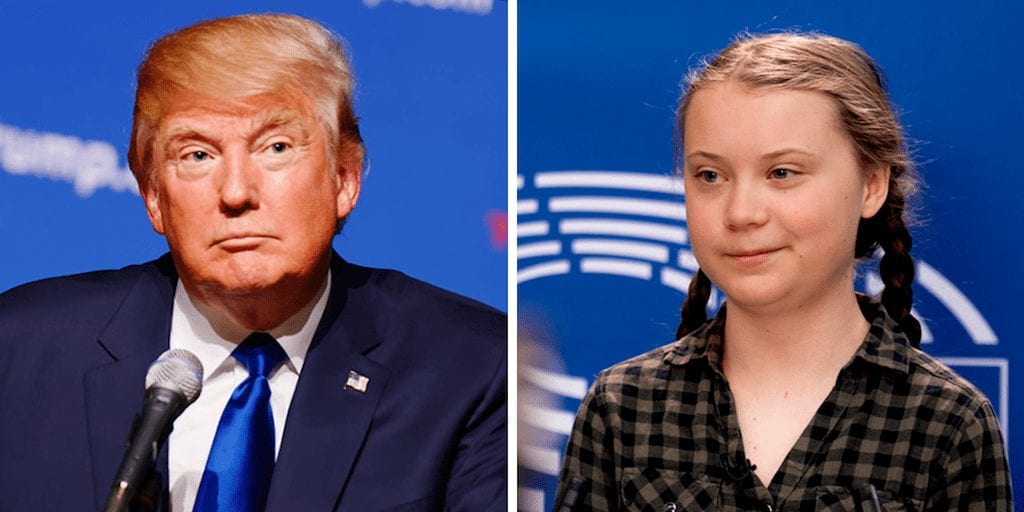 Greta Thunberg got the last laugh against Donald Trump after he appeared to mock her on Twitter for her powerful speech to the United Nations this week.

The Swedish activist gave an emotional address at the conference on Monday, where she spoke of the ‘betrayal’ of world leaders to young people.

“The eyes of all future generations are upon you. And if you choose to fail us I say we will never forgive you” she said.

“We will not let you get away with this. Right here, right now is where we draw the line. The world is waking up. And change is coming, whether you like it or not.”

Donald Trump later appeared to have a dig at the teenage vegan activist, posting a seemingly sarcastic tweet: “She seems like a very happy young girl looking forward to a bright and wonderful future. So nice to see!”

Twitter users were quick to blast the president’s comments, one writing: “Mocking any kid is disgraceful.  What an awful example you set. Apparently it bothers you that she represents many millions of children throughout the world – demanding their rightful future.”

But Thunberg was more subtle in her response. The climate leader changed her Twitter bio, which previously read “16 year old climate activist with Asperger’s”, to mirror Trump’s taunt.

She also became a viral sensation after footage emerged of the Swedish activist giving the US President a ‘death stare’ as he arrived for the UN event.

Though Thunberg was praised from all corners of the globe for her rousing speech, some climate deniers have been out in force to put her down.

Fox News guest Michael Knowles, a podcast host for the Daily Wire, was slammed for his appearance on the US news show following an attack on Thunberg.

He described the 16-year-old as “a mentally ill Swedish child who is being exploited by her parents and by the international left”.

Despite the onslaught of abuse, Thunberg is resolutely fighting for a brighter future for her generation.

The vegan teenager has teamed up with 15 other children to sue Germany, France, Brazil, Argentina and Turkey for the damage they have done to the environment, as they say the countries have violated their rights as children.

Rather than seeking any monetary compensation, the lawsuit would require the UN to clarify the climate crisis as a human rights crisis.

What impact is Greta Thunberg having on the climate change movement? Share your thoughts in the comments section below!