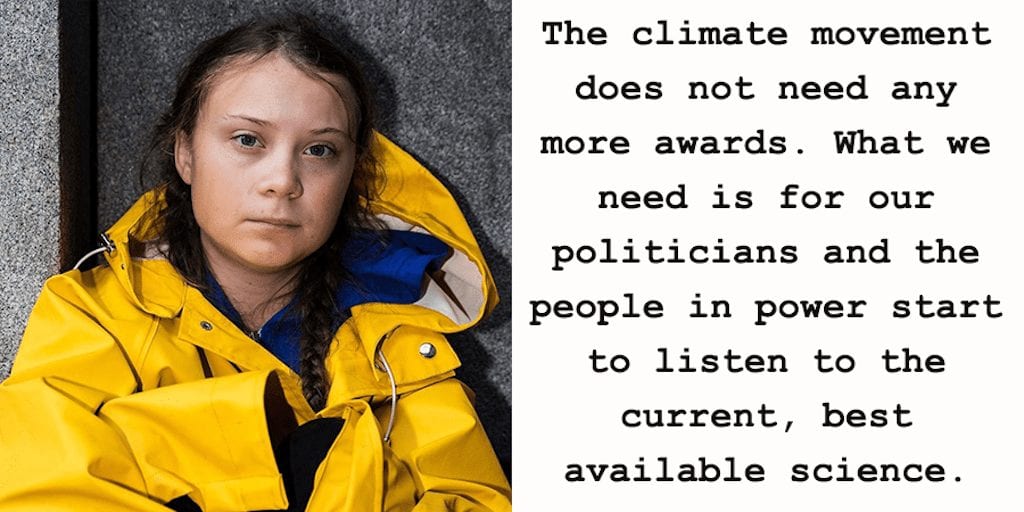 Climate activist Greta Thunberg shunned an awards evening and refused a financial reward for an environmental prize, explaining that people need to pay more attention to science and less time on awards.

The vegan teen was honoured by a ceremony in Stockholm held by the Nordic Council, as both Sweden and Norway had nominated her for an annual environmental prize.

But Thunberg, who became famous for inspiring millions of students across the world to protest climate change, did not attend the awards.

Instead a representative told the audience she would not accept the prize or the financial award of 350,000 Danish kroner (about $52,000).

Thunberg then posted on Instagram: “The climate movement does not need any more awards.

“What we need is for our politicians and the people in power start to listen to the current, best available science.”

She went on to criticise Nordic countries for not living up to their reputation on environmental issues.

What do you think of Greta’s decision to reject a climate award? Share your thoughts in the comments section below!