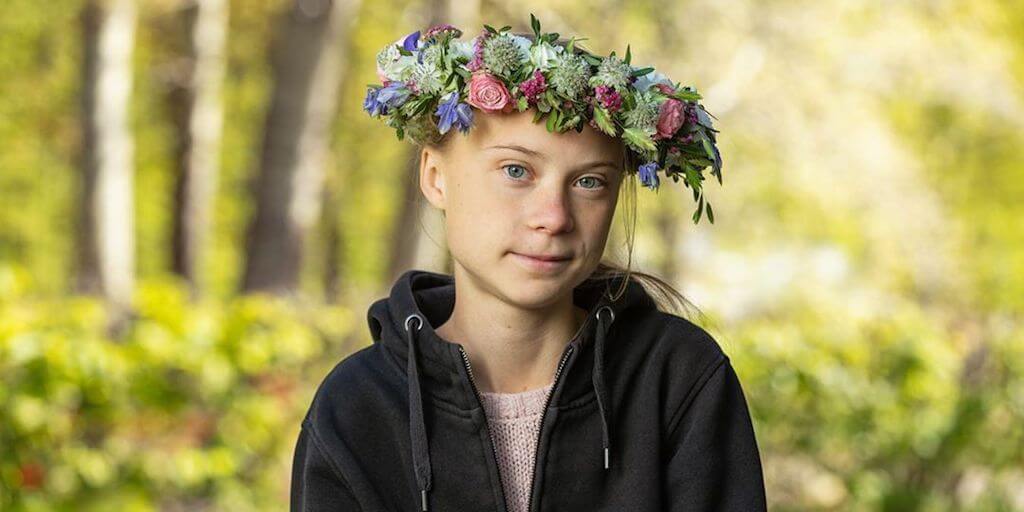 The teenage climate activist is part of a stamp series that depict 16 environmental quality goals drawn up by the Swedish government.

According to the national postal service, the stamp is part of a series that features the 16 environmental quality goals recently drawn up by the Swedish government, including habitats designated as important to protect.

The series is designed by artist and illustrator Henning Trollbäck titled Valuable Nature.

The first stamp of the series depicts Thunberg, who turned 18 on 3rd January, standing on a rocky clifftop wearing a yellow raincoat, with swifts flying around her.

Other stamps in the collection will feature Swedish mountains and their flora, forests, lakes, an agricultural landscape, and a uniquely biodiverse bog.

‘Need to do our part’

“We’re pleased that Greta, among several illustrations of important nature, will be symbolised on our stamps,” PostNord’s Kristina Olofsdotter said.

“These natural places are very important and we all need to do our part to preserve them.”

While Thunberg’s movement, Fridays for Future, approved of the postal image depiction, it played no part in its design, Olofsdotter said.

Thunberg will join a hall of fame of Swedish personalities, from Zlatan Ibrahimovic to Greta Garbo, who have been pictured on the country’s postage stamps.

Thunberg’s solitary school strikes for the climate, which started in 2018, have since snowballed into a global movement and the teenager has received several global accolades for her efforts in propelling the issue to the top of the global agenda and forcing governments to pledge more urgent action on climate change.

In a recent interview to mark her birthday, Thunberg, who follows a vegan lifestyle told the Sunday Times that she had stopped flying and “consuming things” but wouldn’t tell ‘anyone what to do’.

“There is a risk when you are vocal about these things and don’t practise as you preach, then you will be criticised and what you are saying won’t be taken seriously,” she said.