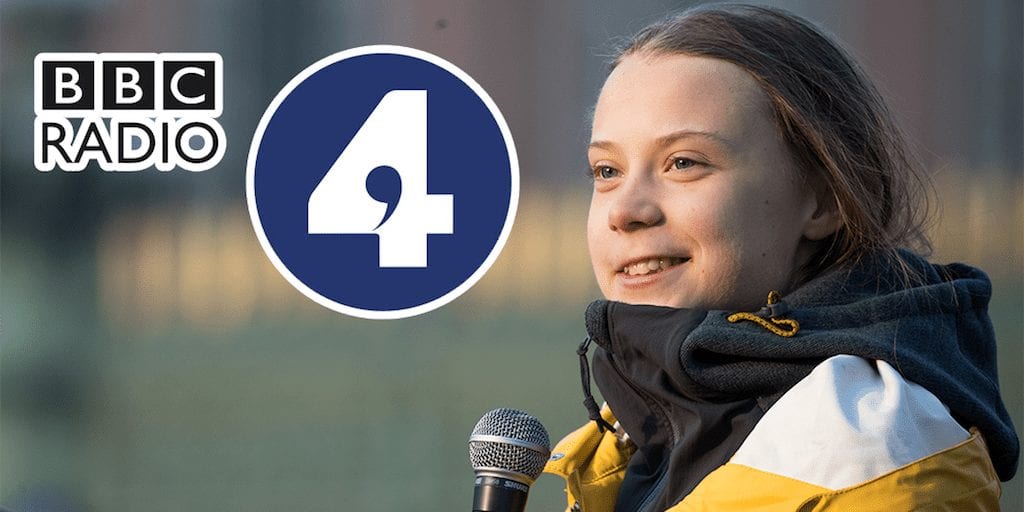 Greta Thunberg thanked David Attenborough for being her inspiration as she interviewed the legend naturalist as part of her BBC Radio 4 takeover for the festival.

The 16-year-old activist was one of the guest editors of BBC Radio 4’s Today programme and was set to meet Sir David for the first time.

During the announcement of the interview, Thunberg said: “We’ll be reporting about the scale of the ongoing climate crisis and I’ll be talking to David Attenborough for the first time,”

Later, the young climate activist chatted with Sir David over a skype call.

In the interview, Thunberg said that watching documentaries about the natural world from a young age made her decide that she “wanted to do something about it.”

“Thank you for that because that was what made me decide to do something about it,” she told Attenborough.

“Thank you for dedicating your life to it, it is very inspiring.”

‘You have aroused the world’

When Sir David was asked about his opinion on Thunberg’s efforts, he praised the young activist and said: “She has achieved things that many of us who have been working on it for 20-odd years have failed to achieve and that is you have aroused the world.”

This isn’t the first time the environmentalist has been vocally supportive of Thunberg and her movement for calling out politicians for their inaction towards climate change.

In an earlier interview, with Triple J, he said: “Young people see things very clearly. And they are speaking very clearly to politicians.

“They [people under 18] may not have the vote … but it’s their world that’s coming along and they want to make it clear to the politicians that they know that.

“If they just sit on the sidelines, and [debate] in a nice, reasonable way, you know, they’ll say, ‘oh kids’. But if they actually do something in the way that they have been doing in this era, then politicians have to sit up and take notice.

“They are important. They are the people who are going to inherit the mess that we’ve made.”

He termed Thunberg’s campaigning involving young people “a very powerful” message and told the youngster: “You have made it an argument that people have not been able to dodge.”

“We don’t want to spend our time marching through the streets but we have to. People of my generation should be very grateful to you.”

Speaking about the BBC interview, Sarah Sands, the Today programme editor, said Sir David “passed the baton of environmentalism on to her”.

She told The Sunday Times: “It was moving to see Greta’s visible pleasure in talking to Sir David.”

“What struck me about her was her lack of personal vanity or even self-consciousness. She is not interested in introspection.”

The young climate campaigner has been in the news ever since she started protesting outside the Swedish parliament building bunking her Friday classes. Her movement has united millions of people across the globe seeking answers for the imminent climate crisis.

She was recently awarded the Time’s 2019 Person of the Year for “sounding the alarm about humanity’s predatory relationship with the only home we have, for bringing to a fragmented world a voice that transcends backgrounds and borders, for showing what it might look like when a new generation leads.”

“She became the biggest voice on the biggest issue facing the planet this year, coming from essentially nowhere to lead a worldwide movement,” said editor-in-chief Edward Felsenthal on NBC.

What do you think of Greta Thunberg’s activism? Share your thoughts in the comments below!