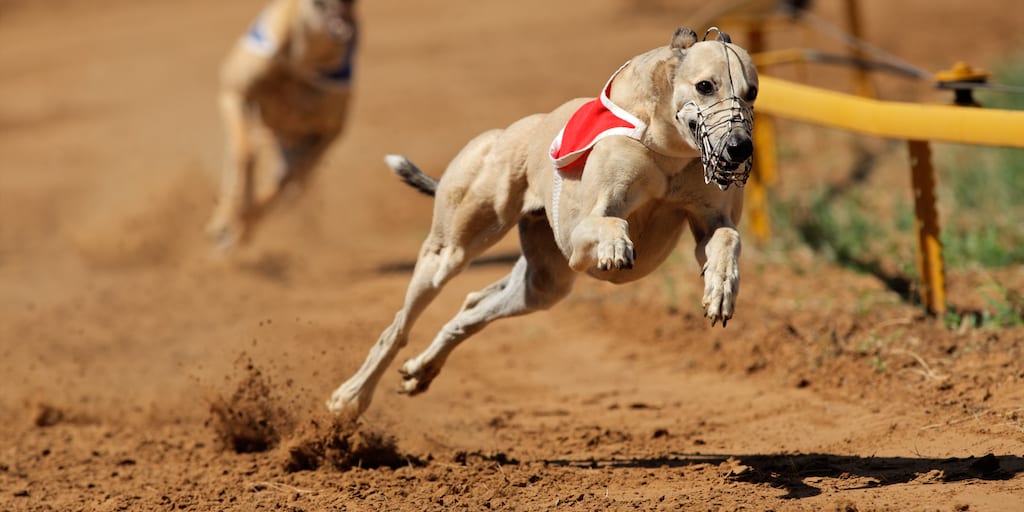 The Coalition for the Protection of Greyhounds has slammed the industry and demanded tougher protections for animals.

Activists have claimed as many as five greyhounds die on the tracks every week in Australia, and latest figures from the group suggest 64 died and 1,200 were injured in Queensland alone in 2019.

Many of the dogs who die are just two years old when they succumb to fatal accidents.

The Coalition has demanded the Government introduces five measures to protect greyhounds, including monitoring animals, funding sanctuaries, improving track safety, a limit on breeding and strict rules and strong penalties for abuse.

The animal rights organisation’s president Dennis Anderson argued that the industry needs to be more transparent as taxpayers money is used to support it.

“We’ve compiled these stats from hundreds of stewards’ reports. Neither government nor industry release this info in Queensland. This is dishonest when millions of taxpayer dollars are involved, let alone the $39million recently announced for the new Ipswich track,’ he told the Mail Online.

Greyhound racing bosses have defended the industry, claiming they do all they can to protect animals.

Racing bodies in Queensland said they are looking for ways to reduce deaths.

A Racing Queensland spokesman said in a statement: “This includes working with the Queensland Racing Integrity Commission to currently review the on-course veterinary protocols and the Racing Meeting Injury Scheme.

“Initiatives already adopted by Racing Queensland includes increased vigilance of injury analysis (cause and effect); the development of track curator conferencing; and standardisation across track maintenance, preparation methodology and equipment.

“At present, less than three per cent of starters across all Queensland greyhound tracks incur injury, with the vast majority of those able to return to racing inside a fortnight.

“To ensure transparency, all race related injuries are contained within the Queensland Racing Integrity Commission’s stewards’ reports and are readily accessible on the Racing Queensland website.”

Racing bosses also claim they review injuries and deaths to avoid repeats. But the statistics, which are based on stewards’ reports, are grim reading.