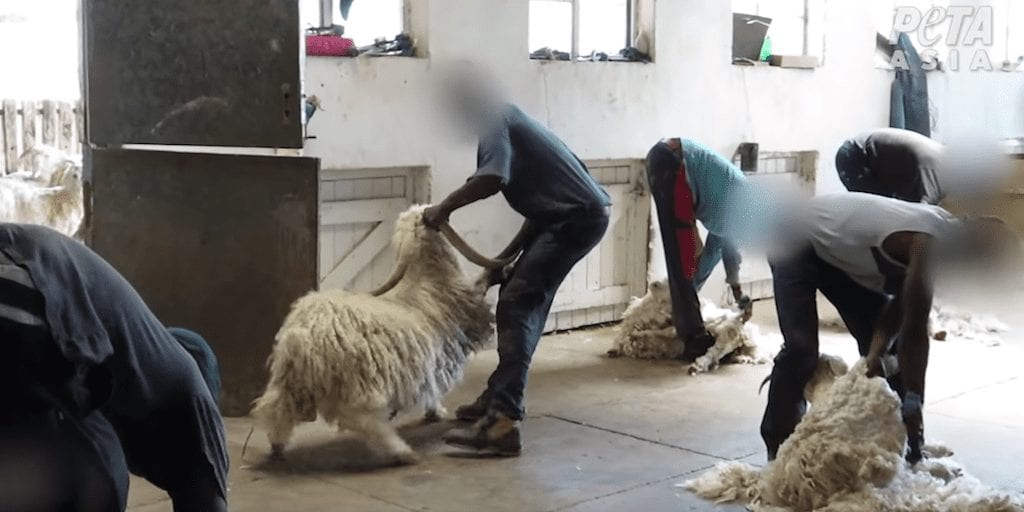 Harrowing undercover footage of slaughterhouse workers mutilating and killing goats has convinced the Royal online shop to remove a mohair teddy bear from the site.

The exposé by PETA, which was sent to Prince Charles, depicted the mohair industry in South Africa – the source of more than 50 percent of the world’s mohair.

Workers are seen in the video roughly stitching up the animals up without giving them any pain relief.

PETA described the scene: “Unwanted goats died in agonising ways. One worker slowly cut their throats with a dull knife while they were fully conscious and then broke their necks, hacking one animal’s head off.

“Other animals were hauled to an abattoir, where they were electrically shocked, hung upside down, and slashed across the throat.”

Following the campaign the Royal Collection Trust has removed mohair teddy bear from its website, and the organisation said it would ‘explore other sources for future products’.

“No children’s toy should be made with the hair of goat kids, who are left bloody and terrified after they’re held down and shorn. PETA urges all shoppers to read labels carefully to ensure that their purchases don’t support cruelty to animals.”

In August 2018, the National Council of SPCAs filed cruelty-to-animals charges against four angora goat farmers based on evidence from the investigation, according to PETA.

South Africa’s national police force is investigating the farmers as well as shearers and other farmworkers.

The Royal Collection Trust joins a growing list of hundreds of retailers – including Aquascutum, The White Company, and Marks & Spencer – that have agreed to end the use of mohair in their products.

What do you think of the investigation? Tell us in the comments section below!