Harvard is going vegan to save the planet 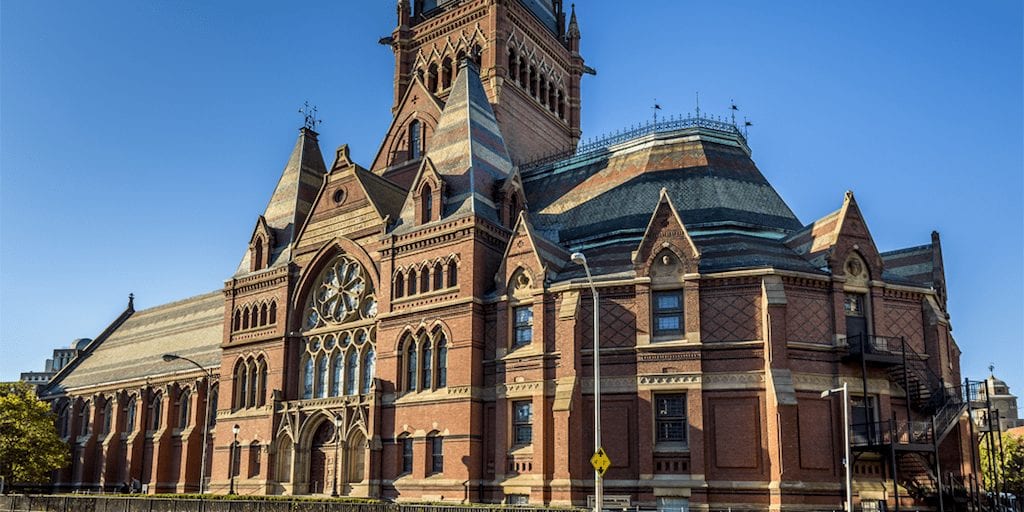 Harvard plans to focus promoting plant-based food as part of a commitment to reduce food-related greenhouse gas emissions by 25 percent by 2030.

The university has signed the Cool Food Pledge, created by World Resources Institute (WRI) and UN Environment, to add to its promise to make Harvard fossil fuel neutral by 2026 and fossil fuel free by 2050.

The Harvard Gazette interviewed Executive Vice President Katie Lapp, who said: “Addressing the emissions associated with our food choices is a focal part of Harvard’s holistic approach to using our campus as a testbed to address climate change and sustainability.

“This pledge gives us a common science-based collective target and a way of learning together with institutions around the world as we strive to create a more sustainable food system.”

Harvard’s Save the Planet Programs

Sustainability, energy conservation and healthy eating are some of the areas that Harvard intends to focus on in a bid to realize its long term goals.

Walter Willett, epidemiology and nutrition professor and co-chair of Harvard’s Food Standards Committee said: “Climate change is accelerating, and Americans are the greatest contributors to it because of our diets and lifestyles.

“Among the many changes we need to make, including a rapid shift to green energy, is a change in diet to a more plant-based way of eating. If we do this right, such changes will also lead to improvements in health and many other aspects of our environment.

“The actions of every individual are important, but because Harvard intends to be a leadership institution and educates people who will be leaders, steps such as the Cool Food Pledge can be particularly impactful.”

Some of the other initiatives endorsed by Harvard students and faculty members include:

Ari Bernstein, co-chair of the Food Standards Committee said: “People who are concerned about climate focus on questions on what is the least carbon intensive diet, but many more people are going to want to know about the foods that promote their health right now. The good news is that they tend to be aligned.”

She said: “College students who will be living through the next several decades with whatever climate change looks like have a vested interest in building the best future for themselves, and I think plant-based eating is actually one of the most effective, easy, and rewarding ways to do that.”

She said: “For the past two years, the Office for Student Affairs has invited me to plan the catering for new student orientation in the fall, so that every catered event the entire week adhered to the guide.

“Students loved the sustainable options, especially because at a school of public health it makes sense to practice what we preach.”

She said: “Harvard is now doing a lot more in terms of sourcing food locally and educating the community on food sustainability. Harvard University Dining Services has been tremendously supportive of ideas to motivate students to eat more sustainably and healthily, and its menu has progressed in terms of its diversity, its representation of different cultures and ethnicities, and with regards to issues around food sourcing and the environmental impacts of food.”

With various projects underway, along with on-campus food-joints serving additional plant-based options, Harvard is well on the road to achieve its 2030 goal.

The CFP has other notable signatories on board including the World Bank, IKEA, BASF, the University of Pittsburgh, and the City of Ghent (Belgium), who collectively intend to hit the 25 percent reduction target by 2030.

What do you think of Harvard’s efforts towards reducing the institute’s impacts on climate change? Share your thoughts in the comments section below!