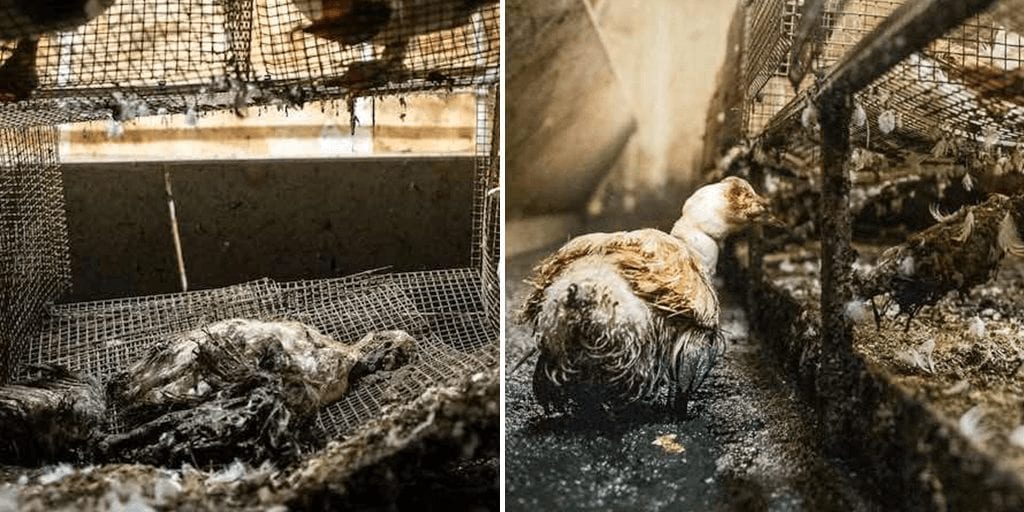 The footage of a French foie gras farm was filmed by L214 following a whistleblower tip-off.

An animal protection group has released harrowing footage acquired from a breeding duck farm located in Lichos in the Pyrénées-Atlantiques.

The hatchery attached to this site is one of those supplying the IGP “Duck with foie gras from the South-West” sector.

French animal protection organization L214 has released the footage, which was filmed in August following a tip-off from a whistleblower.

According to the group, the footage shows ducks in the “the worst farm conditions” ever seen.  Describing the conditions as revolting and repulsive, the team reported that ducks were crammed in filthy cages with floor covered in excrement, and the carcasses of dead animals left to rot.

L214 co-founder Sébastien Arsac said on the group’s website: “This breeding farm is the height of horror.

“The ducks are locked up in collapsing cages, the ground is covered, and I’m sorry I can’t think of another word, covered with a thick layer of shit with rotting duck carcasses, maggots. The smell is overwhelming.”

Following the exposé, the animal advocacy group is calling for the definitive closure of the operation as well as a general audit of breeding stock and hatcheries in the foie gras sector.

While local authorities are investigating the animal abuse charges, France’s Ministry of Agriculture said that the foie gras site would be shut down.

Julien Denormandie, the agriculture minister of France tweeted: “This farmer in no way represents French breeding. Buildings were not declared. Legal proceedings are opened.”

You can sign the petition demanding the definitive closure of the operation here.

Share this story to let others know about the animal cruelty in foie gras industry.