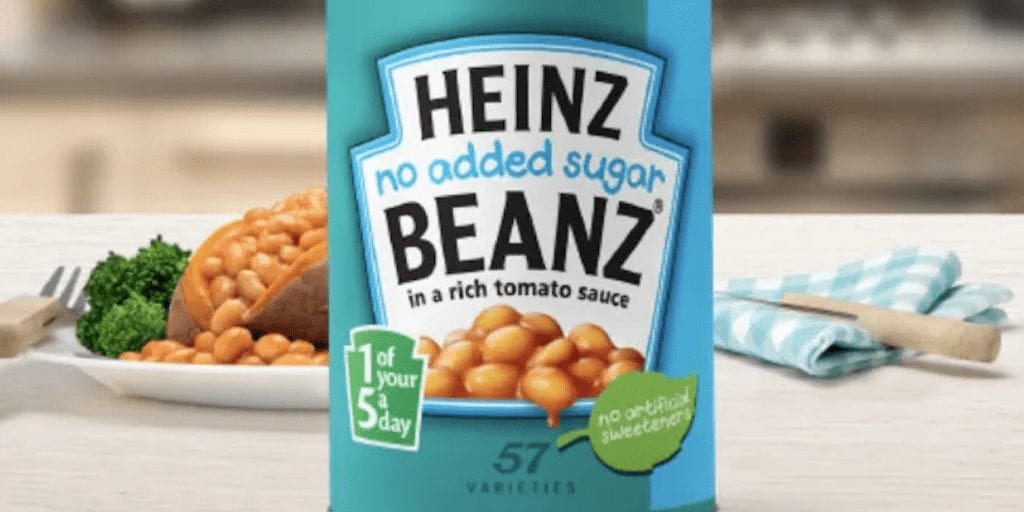 Food giant Heinz has removed honey extract from its No Added Sugar Heinz Beans recipe to make it suitable for vegans.

The beans are used in breakfast meals from budget pub chain Wetherspoons, meaning vegans can now safely enjoy a full vegan English at the bars.

A spokesperson for Heinz told Plant Based News: “All Heinz No Added Sugar Beanz being produced now are suitable for vegans and the new packs are rolling into stores over the next month or so.”

The company had initially drawn criticism for the recipe after admitting it contained an animal derived ingredient.

However, Accidentally Vegan UK announced on Instagram the bean recipe was tweaked to remove honey extract and make the product completely vegan.

Although it added:  “Please make sure to ask your server if they are using the new recipe beans when you order, just to be safe.”

“I’m so happy. Can finally have a spoons brekkie that isn’t dry af,” one wrote.

“Great move, isn’t it crazy that we still have these animal ingredients in products when there is NO NEED! So frustrating on the whole but surely going the right way!”

Have you tried the Wetherspoons vegan breakfast? Share your thoughts in the comments section below!