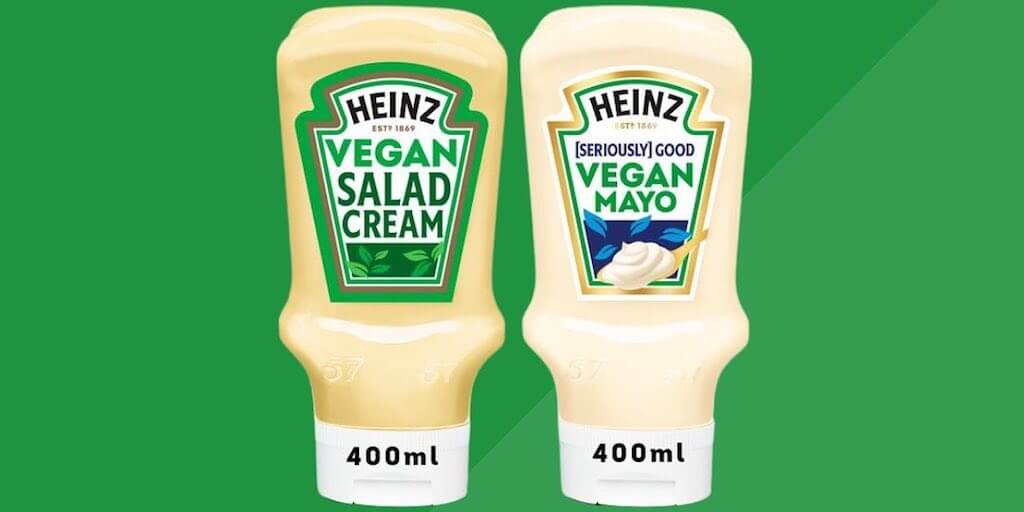 The brand is reportedly working on a new plant-based range using beans as a base ingredient.

American food brand Heinz has launched vegan versions of its iconic mayonnaise and salad cream as it believes ‘veganism and plant-based foods will be one of the major innovations in grocery retail over the coming years.’

While both the products (priced £2.80 a bottle) are already available at Tesco outlets across the UK, the range will launch in Ireland next month.

David Adams, Head of Ireland, Kraft Heinz told Checkout: “Veganism is a trend that we are seeing across the board in so many grocery retail categories and it is being driven by vegans, but also by flexitarians who want to eat less meat and have a more balanced diet.

“These consumers are looking for a broader range of food and for more excitement in categories.”

He added that a lot of research went into the development of the new range “because we had to maintain the same product taste and we are proud that we have managed to do that.”

‘Plant-based is the next step’

Adams also revealed that ‘plant-based is the next step for us in achieving our nutrition targets’.

The food brand recently revised its target of making its products compliant with global nutrition guidelines from 73% to 85% by 2025.

“Beans are already a vegan product, so we are looking to take beans as a base for a new plant-based range,” Adams said.

“We are working through a few ideas at the moment and we are excited about the possibilities in the plant-based arena.”

Kraft Heinz is also focusing on sustainability and has committed to making 100% of its packaging recyclable, reusable, or compostable by 2025.

Kraft Heinz is far from the first company to offer vegan-friendly mayo and salad creams in the UK.

Recently, Hellmann’s announced the launch of its new vegan bacon-flavored mayonnaise in time for Veganuary 2021.

The food giant has also introduced chipotle and garlic mayo flavors to its plant-based offerings.

The items will be available nationwide from Ocado, Amazon Fresh, and Asda retailers, retailing at £2.50 per jar from 1st January 2021.

Share this news to let others know about the new vegan mayo and salad cream range from Heinz.