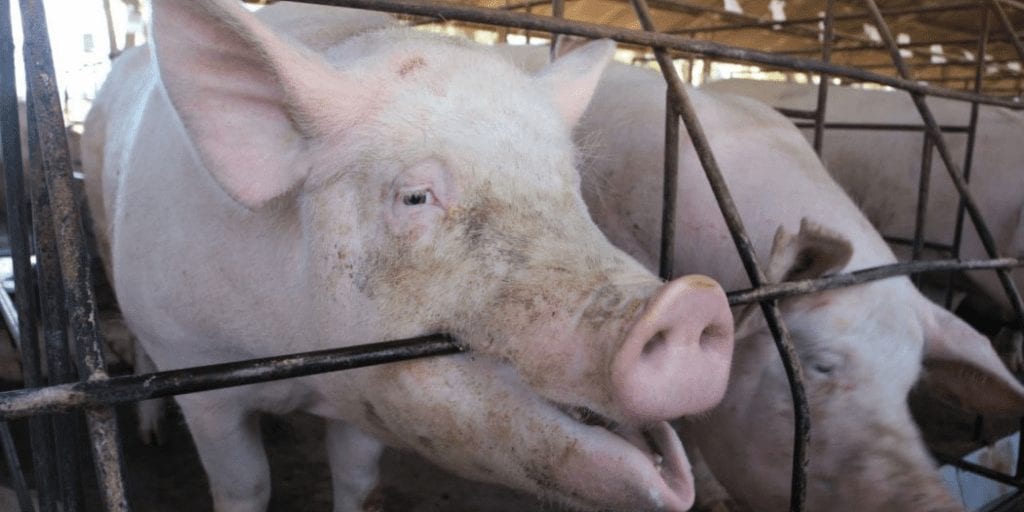 16 million animals live in cages in the UK. Image: Veg in Slovakia/ Facebook

The UK government has been told to outlaw cages for all farm animals in a new campaign.

The movement launched by Compassion in World Farming aims to allow all farmyard animals freedom from enclosures by law.

A typical impression of a farmyard depicts happy animals roaming freely around a field, but in reality billions of animals around the world are confined to tiny cages where many live out their lives.

And the UK is no different, as around 16 million farm animals live in cages in the country, the petition explains.

“If you asked a child to draw a picture of a farm animal, what would you see? Pigs outdoors wallowing in mud? Hens running free? Lots of green fields and bright sunshine?” it asks.

But campaigners argue that life for most animals is a ‘nightmare’.

“Every farm animal should have the chance to feel the sun on their back and the earth under their feet,” they argue.

The campaign End the Cage Age follows up vital work by activists who have exposed horrific conditions at farms and slaughterhouses.

“Companies and politicians have been forced to take notice,” the petition adds.

“Now, we are calling on the government to introduce new laws that would ban cages for ALL farm animals in the UK. Will you sign the petition today?”

Share this article to spread the petition far and wide