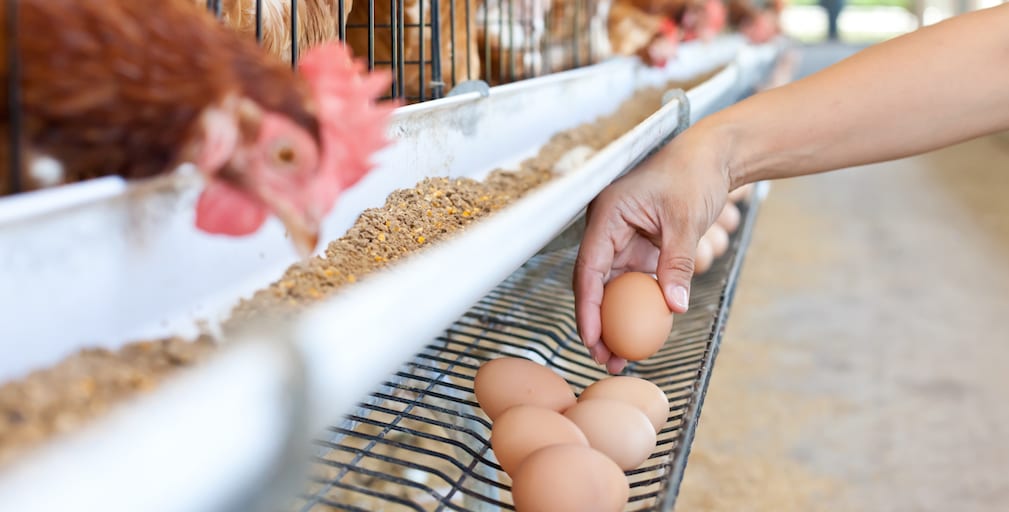 Major egg farms in Arizona are set to be banned from keeping their hens in cages after a bill passed the House of Representatives this month.

For the state’s largest egg farms the new bill will completely ban cages by 2025, and by the end of this year more than double the space hens are required to live in to 144 square inches, up from 66.

The move is backed by the egg industry and retailers after Walmart, Kroger, Target, Costco and others promised to only sell cage-free eggs by 2025.

Arizona Acre Farms, which houses 2 million hens, will also be impacted by the legislation.

The new legislation comes as a result of work by the Humane Society of the United States – which has pushed for an end to cages across the country.

The Humane Society has succeeded in passing similar legislation in California, Washington, Michigan and Oregon.

Sponsor of the bill Representative Timothy Dunn told the Phoenix New Times that Hickman’s negotiated with the Humane Society to agree to a restriction which the business could adapt to.

“Because of all the corporate announcements of major food businesses going cage-free, the egg industry realizes that there’s no future in cages,” Josh Balk, the Humane Society’s vice president for farm animal protection, said in a statement.

“We’ve come to a point where the industry is moving in a positive direction that dramatically improves the welfare for egg-laying hens. And now they’re seeking help from legislators to provide certainty for their investment.”

The Humane Society was also responsible for legislation in California, Prop12, which was dubbed the ‘strongest animal protection legislation in the world’.

The law means all egg-laying hens will be ‘cage-free’ by 2021 and defines a minimum space requirement for hens, breeding pigs and calves raised for veal.

It also means hens must have scratching posts, nests and perches – which sounds a world away from many hens’ current conditions crammed in tiny cages with little room to move.

In just three years breeding pigs will need 24 square feet for their meat to be sold in California, and 43 square feet will be required for calves raised for veal.

Speaking to the San Francisco Chronicle, Balk explained: “Confining animals to cages is not only cruel, it leads to food safety issues for our families.

“Confining animals often by the millions in cages where they cannot move an inch, it not only causes immense suffering, it also breaks down their immune system — leading to illness and disease, which is bad for consumers as well.”

Animal rights activists celebrated the groundbreaking legislation which many hope will set the framework for other businesses across the US and beyond.

But others have questioned whether the ‘cage-free’ legislation will actually amount to a huge improvement in welfare for hens.

While they may not live in cages, hens will still live in large warehouses and are likely to be crammed together in close proximity – leading to many potential issues for their health.

Balk conceded that the changes are ‘not utopia’ but are a ‘dramatic step forward’.

Share this article to reveal the reality for caged hens.