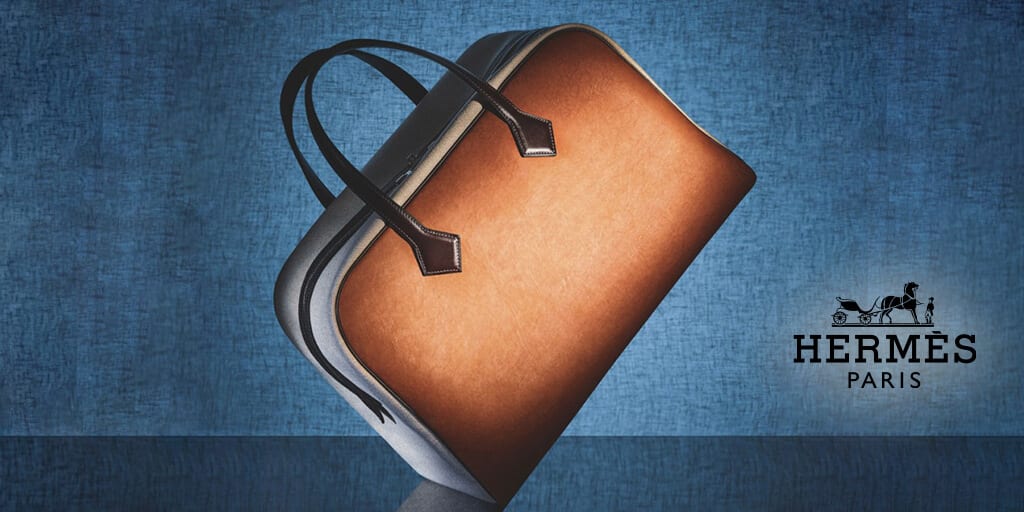 According to Hermès, the new mushroom-based ‘leather’ bag made from fine mycelium is an ‘innovation in the making’.

The ‘leather’ travel bag is part of a collaboration with Californian mycelium-based material startup MycoWorks.

The sustainable version of the brand’s iconic travel bag has been made using Sylvania – a mushroom-derived vegan leather developed by biomaterial company MycoWorks.

According to MycoWorks, the mushroom leather will first undergo tanning and processing in France by Hermès tanners to further refine its strength and durability, after which it will be shaped in the brand’s workshop.

The mushroom-based bag, which has been in the works for three years, will include a combination of Sylvania, canvas, and elements of calfskin- made from the hides of young cows.

So, while the inclusion of calfskin means the new “Victoria” version isn’t entirely vegan, it does demonstrate Hermès’ changing views on incorporating more innovative and sustainable materials in its supply chain.

The bag will be available for purchase later this year.

“We could not imagine a better partner than Hermès to present our first object made of Fine Mycelium. Hermès and MycoWorks share common values of craftsmanship, quality, innovation, and patience,” CEO of MycoWorks Matt Scullin said in an online statement.

“Hermès related to our story: that fine mycelium was rooted in artistic practice and craftsmanship. at the same time, Hermès recognized that MycoWorks’ unique biotechnology approach to enhancing a natural material meant that fine mycelium had the potential to be the highest quality mycelium in the world.”

Pierre-Alexis Dumas, Artistic Director of Hermès, added: “MycoWorks’ vision and values echo those of Hermès: a strong fascination with natural raw material and its transformation, a quest for excellence, with the aim of ensuring that objects are put to their best use and that their longevity is maximized.

“With Sylvania, Hermès is at the heart of what it has always been: innovation in the making.”

Hermès is the latest hi-end fashion brand that is incorporating more sustainable and cruelty-free textiles in its designs.

Meanwhile, MycoWorks closed a US$45 million Series B funding round for scaling of its first animal-free leather material -Reishi.

The round led by WTT Investment Ltd. and DCVC Bio was backed by a number of high-profile celebrities and fashion brands including Natalie Portman and John Legend.

While Hermès is wooing eco-conscious consumers with this new collaboration, it recently came under fire for wanting to build one of Australia’s biggest crocodile farms since it has been using crocodile skin to make its iconic luxury handbags and shoes.

According to reports, last November, Hermès announced plans to build a huge facility in order to breed more than 50,000 saltwater crocodiles for their skins. The local government has already approved the AU$40 million (US$29.1 million) project.