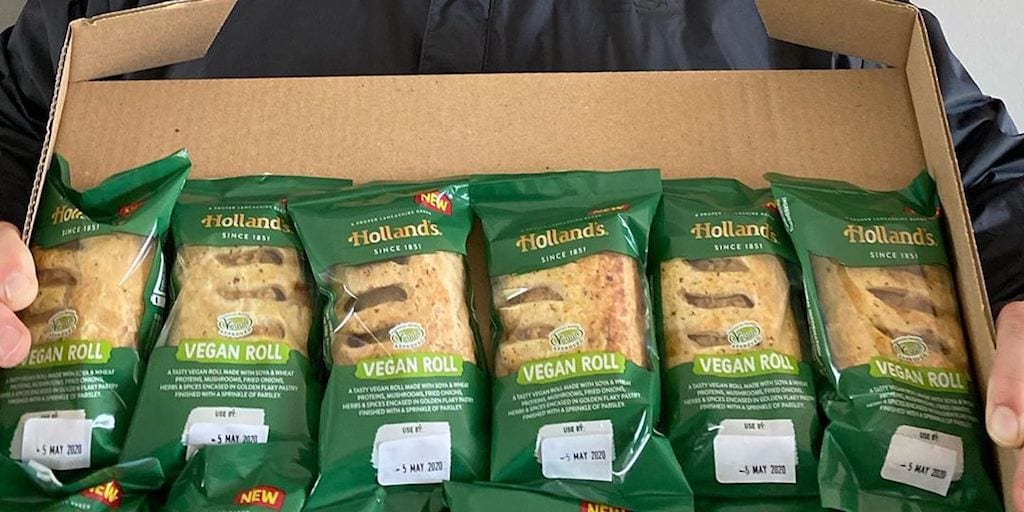 Holland’s Pies has forayed into the vegan category with the launch of its first Vegan Roll.

Proper Lancashire pie maker Holland’s has created a vegan version of a classic sausage roll filled with soya protein, all encased in mouth-watering flaky pastry and seasoned with a mix of herbs.

The Vegan Society accredited rolls will be available in Morrisons stores across the north west from 4 May for £1.25 per 132g roll.

According to the company, vegan alternatives to sausage rolls have grown in popularity thanks to products such as Greggs’ vegan sausage roll, which took the market by storm in January 2019 and  now with more people open to trying vegan options, the  new savoury roll is aimed at vegans, vegetarians, flexitarians and others looking to cut down on their meat intake.

The vegan trend is rising steadily. Even during the current pandemic, a recent Vegan Society survey showed that over 13 million Brits have cut down on meat consumption and around 15% have cut down on their intake of eggs and dairy.

“We are incredibly excited to launch our first ever vegan product, after receiving lots of feedback from fans following the launch of our extended vegetarian range in 2019,” said Leanne Holcroft, Brand Manager at Holland’s Pies.

“In January alone, over 400,000 people signed up to take part in Veganuary to reduce their meat-consumption and sample the vegan lifestyle, so it is important for us to tap into newer emerging markets and food trends.”

Share this news to let others know of Holland’s Pies new vegan roll.