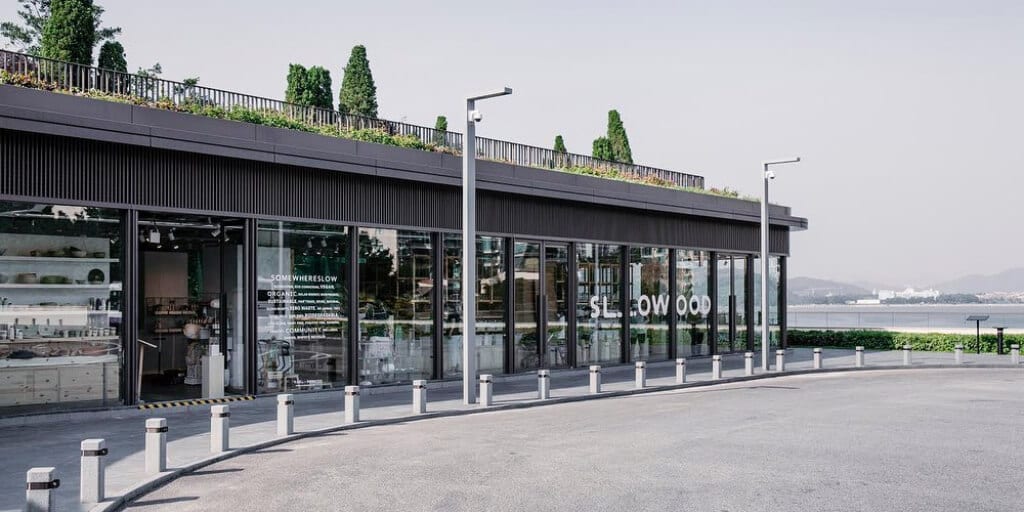 “Every tiny step counts to make the world a better place. Stop crying over the planet, let’s take this step forward to ocean conservation together!”

Post the documentary’s release, Slowood took to Facebook and Instagram to announce: “ Seaspiracy has opened our eyes to the overwhelming and damaging effects the fishing industry has on our whole ecosystem. I bet you will stop eating fish after watching this movie.

“Slowood will take a step forward and STOP SELLING FISH.”

The chain, which stocks fish products including tuna pate, mackerel pate and canned sardines. added that it would donate a portion of the profits received from its remaining stockpile to Sea Shepherd Conservation Society – a non-profit marine conservation organization.

“At Slowood, we believe every tiny step counts and hope to join our community to make the world a better place. Stop crying over the planet, let’s take this step forward to ocean conservation together!”

The film which spotlights the harmful impact of commercial fishing, water-related activities, lice infestations, the dying of salmon due to diseases, among others, is on the streaming platform’s Top 10 list since its release on 24th March.

Produced by Cowspiracy’s Kip Andersen, Seaspiracy has already attracted global media attention with many describing the movie as a heartbreaking and shocking account of the destructive consequences of commercial fisheries on the marine ecosystem and wildlife.

A number of celebrities have plugged the documentary as a ‘must -watch’ and enough of a reason to stop eating fish. Prominent among those include Bryan Adams, Kourtney Kardashian, and Lucy Watson.

At the same time, the movie has also received considerable backlash from NGOs and sustainability experts, who have slammed the film for making “misleading claims” and even being “vegan propaganda.”

The National Fisheries Institute, a representative of the US seafood industry released a statement criticizing the film’s agenda: “The concern with some slickly produced propaganda pieces, masquerading as ‘documentaries,’ is that audiences will not recognize the film’s true agenda.

“Despite the artistic aerial shots, exciting albeit hyperbolic cloak-and-dagger scenes and stirring action-movie like sound track, there is little concern Seaspiracy will be mistaken for anything but a vegan indoctrination movie.”