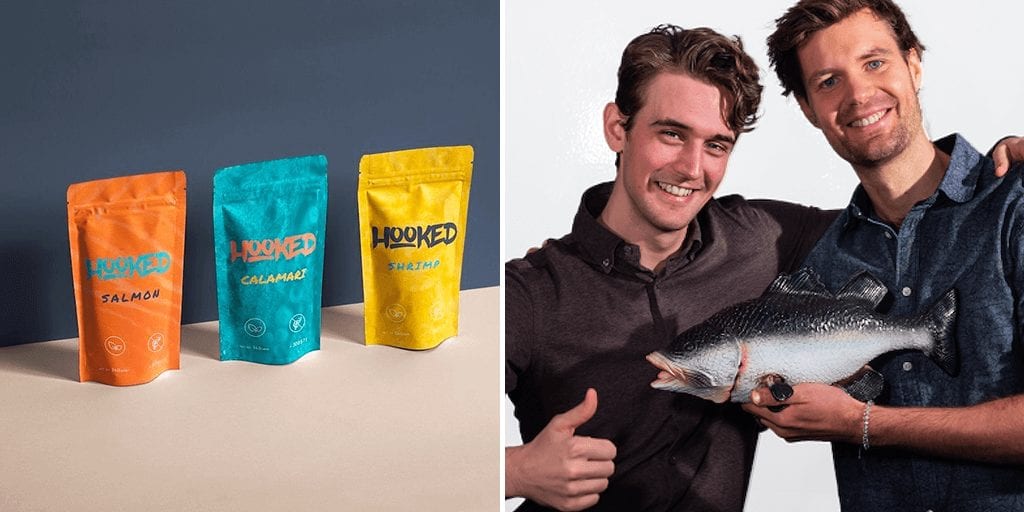 ‘With Hooked’s products, we are meeting the rapidly increased seafood demand with healthy and tasty alternatives without harming the planet.’

Swedish plant-based food tech- Hooked is working on the “world’s first” plant-based shredded salmon as it is the most consumed seafood protein in Europe.

Hooked was founded in 2019 by Emil Wasteson and Tom Johansson, after realizing that there were hardly any vegan seafood options “that tasted good or had the nutritional value as traditional seafood.”

Their research also revealed that overfishing had endangered many species and fish contained high levels of microplastics and mercury.

Johansson told FoodNavigator: “ It became obvious  that the current seafood industry is environmentally unsustainable, and that seafood consists of more toxins than ever before.”

“Demand is growing for seafood, what is [compromised] is the health of the animals and the planet,” he added

“Changing the way we consume food is needed more than ever for us to live sustainably on the planet,” added co-founder​ Emil Wasteson.

“By consuming Hooked’s products, consumers can enjoy seafood without any of these negative consequences. We are meeting the rapidly increased seafood demand with healthy and tasty alternatives with a production that can scale without harming the planet.” ​

While the company perfects its shredded salmon recipe, it aims to first launch a tuna alternative made from a soy protein base in collaboration with a Netherland co-packer.

The company added that both salmon and tuna will contain a soy protein base, along with seaweed and algae oil to provide omega-3 fatty acids and while texture will be achieved using a wet extrusion method, the team will use carrots to mimic the tuna flavour and colouring along with smoked ingredients for the taste profile.

“We want to mimic the real nutritional value of [conventional seafood]. Most of the plant-based meat the you see on the market…may have good texture and taste, but the nutrition is not there,” Hooked’s CTO Peter Liu told FoodNavigator.

According to the company, the products are meant to be used in pastas, pizzas, wraps, and more.

With a vision to become the leading plant-based seafood company in Europe, Hooked plans to capture the foodservice and ready meals sector before entering the grocery sector. It also plans to expand to other Nordic countries after creating a strong presence in its local Sweden market.

Hooked was also recently selected to join Berlin-based ProVeg Incubator, which offered it a grant of €20,000 to develop more healthy, sustainable and planet-friendly products and will assist the start-up to market and distribute its products.

Speaking to FoodNavigator, Johansson said: “It means a lot. Not only the grant of €20,000, but the approval that they believe in the team and the company.”

Share this news to let others know of Hooked’s innovative plant-based seafood products.