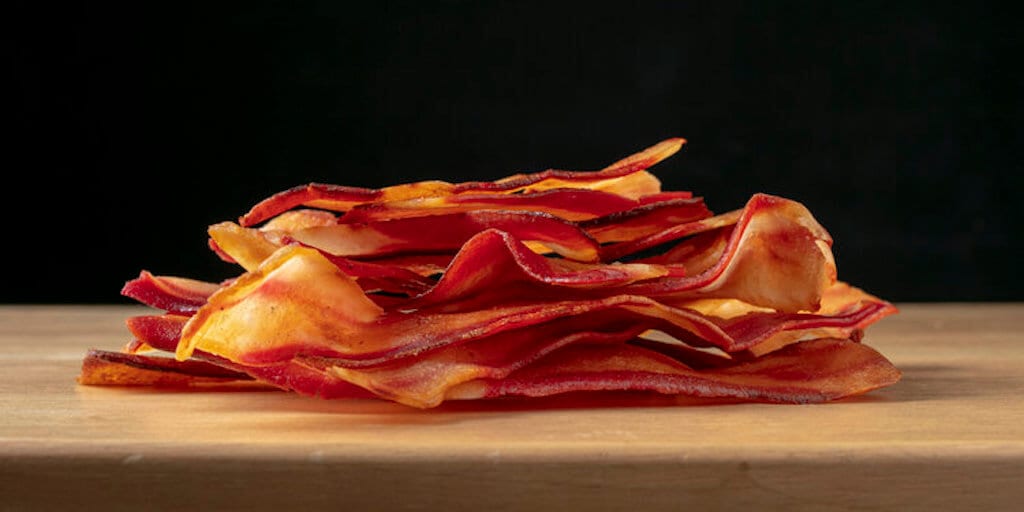 “I have been in the food industry for many years, so working to make an environmental difference seemed like a good place to start.”

Hooray Foods has announced its plant-based bacon will make a retail debut into seven US regions through a distribution partnership with Whole Foods on World Vegan Day on 1st November.

According to the brand, its minimally processed bacon has been created with the aim of boosting the consumption of sustainable alternatives to meat, in order to take pigs out of the food system whilst improving the health of our planet and people along the way.

“I wanted to do something that would have a positive environmental impact,” said founder Sri Artham.

“While I’m not a chef, or a food scientist, I have been in the food industry for many years, so working to make an environmental difference seemed like a good place to start.”

It's all in the details✨🌱  #plantbased bacon that looks, cooks, and tastes like the real thing😍🥓🎊 #hoorayfoods #hoorayeveryday

According to Artham, the plant-based bacon has been made using coconut oil, rice flour, tapioca starch along with liquid smoke, umami seasoning, maple syrup, salt, and beet juice concentrate to deliver the same cooking experience, taste and texture as conventional bacon.

The company adds that the animal-free bacon is also free of soy, gluten and dairy ingredients.

“I came at it from a totally different direction and developed it with a novel way to encapsulate fat in a substrate.”

Since receiving funding from Stray Dog Capital, the San-Francisco based food-tech start-up plans to invest in R&D, and increase production capacity in preparation for a wider launch.

Share this story to let others know about the plant-based bacon developed by Hooray Foods.