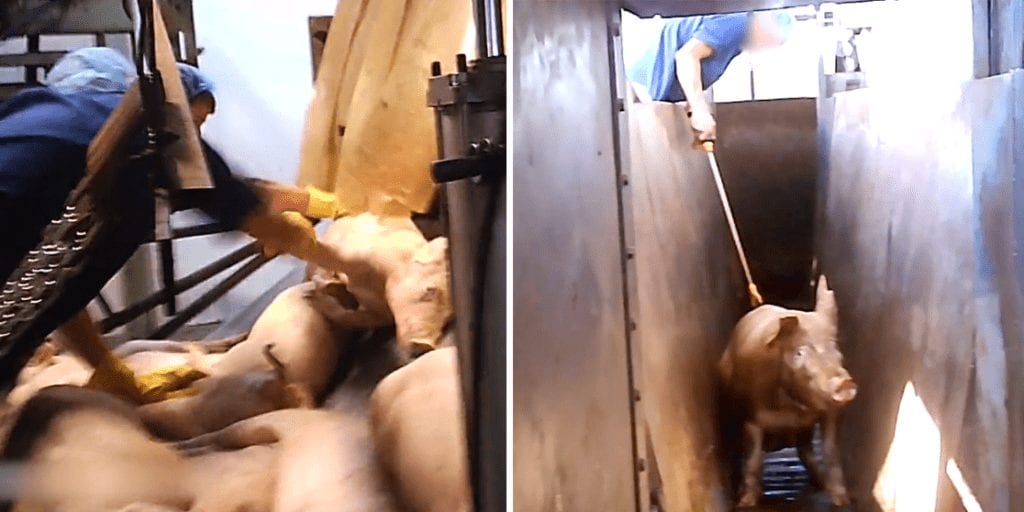 Horrifying footage from a slaughterhouse has been released by activists, depicting some of the ‘most damning footage of animal abuse ever seen’.

A video released by Aussie Farms depicts animals being repeatedly beaten with mallets, writhing in pain and experiencing slow and excruciating deaths.

The footage shows extreme, brutal handling of animals, and the use of devices which are used to smash the animals’ heads, causing them clear agony and slow, painful deaths.

It also shows workers hacking at the throats of animals who are seen living in extremely cramped and filthy conditions.

The video was taken by a university student who was “undertaking a placement at the facility as part of their animal science degree”, according to Aussie Farms.

The Animal Justice Party’s Emma Hurst said in a statement the footage proved the need for the Government to step in and ensure slaughterhouses are held to higher standards.

“It is time the NSW government got serious about protecting animals and ensuring that the perpetrators of these horrific crimes are brought to justice,” she said.

“This is some of the most damning Australian footage I’ve ever seen, and yet, it’s completely legal,” he said.

“There are very minimal laws in place to protect animals in facilities like these, which is the complete opposite to what most consumers are led to believe.

“While there’s a general offence for animal cruelty in the Prevention of Cruelty to Animals Act (POCTA) NSW, farms and slaughterhouses are exempt from this if they follow basic codes of practice which effectively legalise cruelty that regular citizens wouldn’t be able to get away with.”

“RSPCA NSW and the food authority have launched urgent investigations into this matter,” he added.

Picton Meatworx has not responded to requests for comment.

Share this article to reveal the truth behind the animal industry