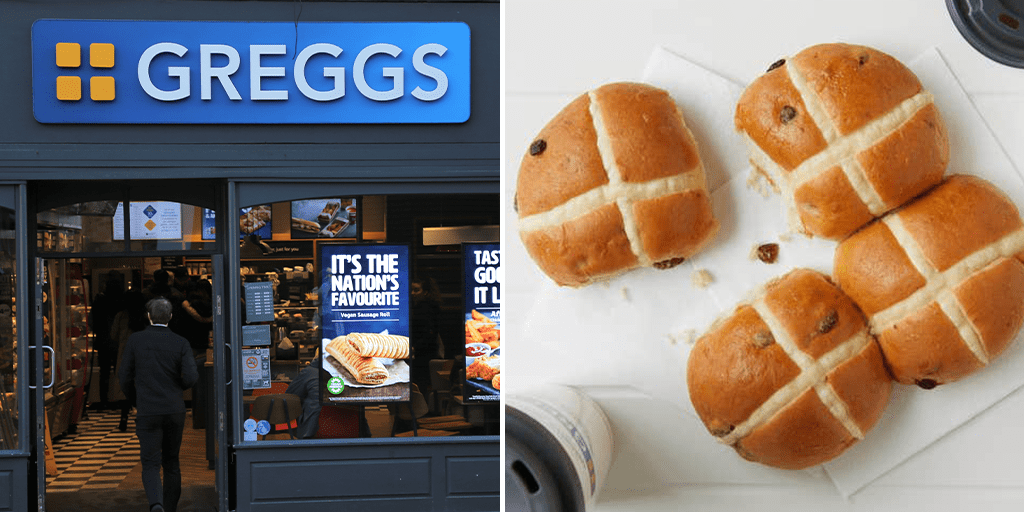 The UK bakery has added vegan hot cross buns to its menu just in time for Easter. The buns are made without any butter or milk and are infused with a unique mix of spices, vine fruits and orange flavor.

The buns priced at £1 for a pack of four however are a limited time offer.

The king of pastries has entered 2020 with a bang. After teasing fans with a video captioned: “This isn’t flake news..,” the company that has over 2,009 stores in the UK launched its vegan steak bake in January.

The time has come.

The vegan steak was an instant hit with customers heaping praises on the new dish.

“Have to say I was incredibly surprised by these. If all vegan food tasted this good I could be converted! I’d pick this over a regular steak bake!,” wrote one user on Instagram.

“You need to make more. It’s always sold out! But great to see it’s popular ?,” commented another.

“I’m not a vegan but I really like the vegan steak bake, prefer it to the meat version,” added a third.

While fans got a taste of the vegan steak, Greggs launched its second vegan product for the month- a vegan glazed ring donut.

The bakery’s boss Roger Whiteside , who recently turned vegan to remain healthy, seems committed to follow through on what he had said in an interview with LBC last August.

“We are working away to see if we can come up with a version of all our bestselling lines because people want vegan options,” he said at the time.

In another interview with Evening Standard, the boss said:  “Many customers are demanding more non-meat products and we want to offer more choices.

Share this news to let others know about the limited time offer of the new vegan hot cross buns from Greggs.