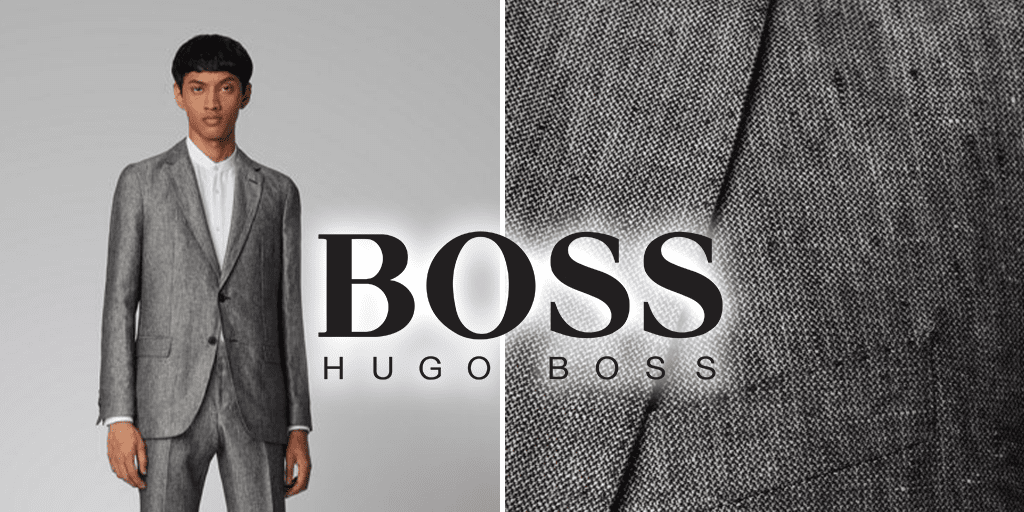 As part of Hugo Boss’ Responsible Tailoring collection, the Italian fashion brand has launched a cruelty-free men’s suit in its spring-summer collection.

The vegan suit is free from wool and silk and features the “PETA-Approved Vegan” logo, which means dyes, glues, and other substances are also free from animal-derived materials.

Available in three colours- beige, dark blue, and black, the vegan suit can be purchased for $895 online and in stores.

PETA Germany lauded the brand for setting a “stylish milestone in vegan menswear” and offering a “compassionate alternative” to wool suits.

“We are delighted to see that animal-friendly fashion is on the rise, and Boss is the first world-known premium brand to set this stylish milestone in men’s wear,” said PETA Germany vice president Harald Ullmann.

“Kind people can now buy high-end business suits that are not only stylish and fashionable but also cruelty-free and sustainable.”

Hugo Boss’ joins a number of fashion companies that are ditching wool, fur and other animal derived products as demand for ethically produced fashion continues to soar.

The wool industry has earned a bad rep for the sheer brutality meted in the process of shearing and rearing these helpless animals.

A shocking undercover footage released by PETA revealed “flagrant cruelty” to sheep in a Scottish farm.

William Brown, of Herbertshaw Farm in Penicuik was caught on camera punching two sheep in the face for which he was subsequently fined.

In a release, PETA said: ““It’s routine in the Scottish wool industry to kick, beat, and stamp on sheep, but so far, only one person has been charged with cruelty to animals.”

Several celebrities have spoken out against the wool industry.

Joaquin Phoenix regularly comes out in defense of animals and uses his platform to speak for animal rights.  On one occasion, he wore a vegan suit in a giant anti-wool PETA US ad that proclaimed, “Cruelty Doesn’t Suit Me”.

Last October, vegan musician Billie Eilish shared an anti-wool message on Instagram, asking her  40 million plus fans to watch a video by PETA exposing the atrocities inflicted on animals used for wool.