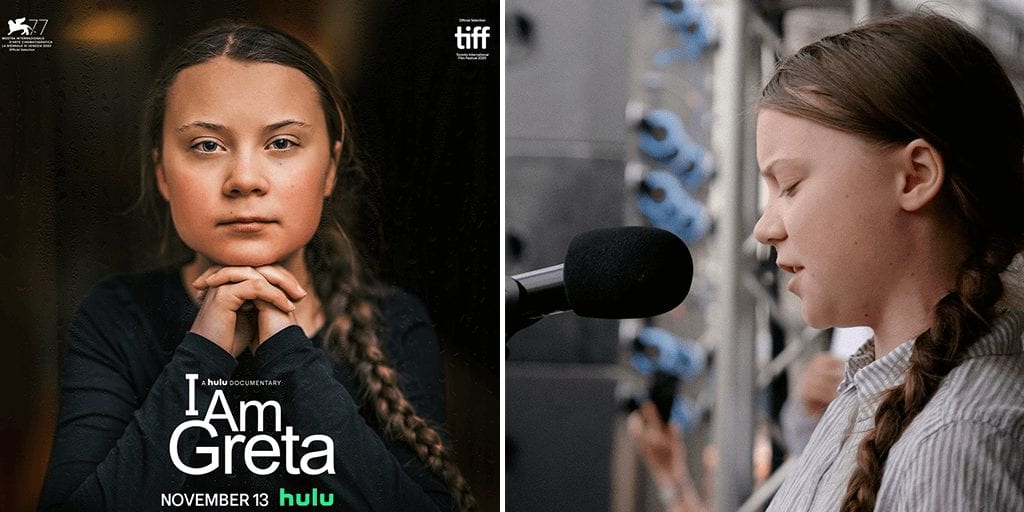 ‘I Am Greta’ contains never-before-seen footage of the young activist’s life offering insights of her journey from an innocuous schoolgirl to a famous climate activist.

Greta Thunberg’s journey from a normal Swedish schoolgirl to a powerful global climate activist has screened at this year’s 77th Venice Film Festival.

The Hulu documentary titled I Am Greta, shot and directed by filmmaker Nathan Grossman details Thunberg’s life from 2018 beginning with her school strike outside the Swedish parliament to her trips around the world calling on political leaders to respond to the climate crisis in 2019.

The film also contains never-before-seen footage of Thunberg’s arduous two-week sea voyage across the Atlantic to speak at the U.N. climate conference.

Depicting the ‘person that I am’

Thunberg, who didn’t attend the festival because she has returned to school and doesn’t travel by planes made her appearance at the festival by video conference and stated she was pleased with how she was portrayed.

“You did succeed in framing me as myself and not the person that the media frames me to be, not the angry, naive child who sits in the United Nations general assembly screaming at world leaders. Because that’s not the person I am,” she said.

“So, I think he definitely made me seem like a more shy, nerdy person, which is the person that I am.”

The film, which premieres on November 13, also debunks some of the criticisms levied on her by critics who say she is a propaganda tool for leftist adults.

The documentary will also be part of the Toronto International Film Festival later this month and will screen in cinemas in Europe, USA, Canada, Mexico, Australia and New Zealand in October. Cinemas across Latin America, Russia, Japan, South Korea, India, China and other countries yet to be announced will also screen the documentary later this year and early 2021.

Clearing the air about receiving money from this film’s business, the 17-year-old wrote on Instagram: “I – nor anyone in connection to me – have or will not receive any payment for this.

“B-Reel Films will dedicate half of the film’s revenues to my foundation and all of that will be donated to organizations and projects fighting for a sustainable world, defending nature and supporting people already facing the worst impacts of the climate- and ecological crisis.

‘I really like the film and I hope you will too!”

Share this story to let others know about the new documentary chronicling Greta Thunberg’s journey as a climate change activist.