If you agree with Greta Thunberg, why do you still eat meat? – Totally Vegan Buzz
Skip to content

If you agree with Greta Thunberg, why do you still eat meat? 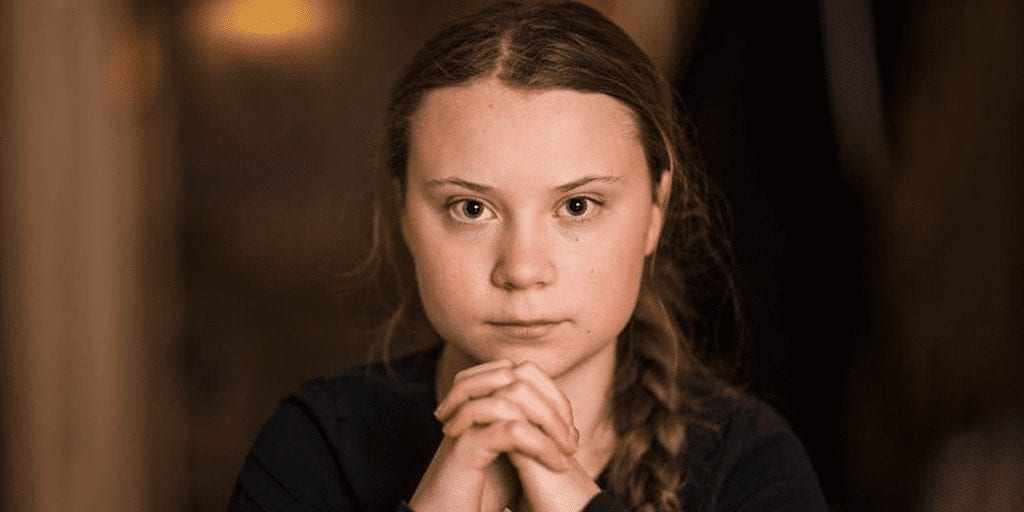 Greta Thunberg’s rousing speech at a UN conference this week has sent her soaring to an almost god-like status as the face of the climate change revolution.

It’s been quite a year for the Swedish teenage activist. After convincing her parents to go vegan alongside her, she began striking against climate change every Friday on her own outside Swedish parliament.

Her dedication to the cause snowballed into a worldwide movement, with millions of school children and adults marching the streets this month demanding action from world leaders.

A quick scan through the crowds and you’ll see Greta’s name everywhere – ‘We stand with Greta’, ‘In Greta we trust’, ‘Thank you Greta’ feature besides references to her powerful speech.

The achievement of this young activist is phenomenal – named as one of TIME’s Women Who Will Change The World and odds-on favorite for this year’s Nobel Peace Prize as she inspires a new generation of activists around the world.

Anyone who accepts the realities of climate change adores Greta – from Prince Harry to Arnold Schwarzenegger to David Attenborough – and rightly so.

But as important as Thunberg’s messages are, they are easy to get on board with.

Her speeches are aimed at the elite – business tycoons who are destroying the planet and world leaders who aren’t saving it. Greta’s tells these bogeymen that ‘change is coming, whether you like it or not’.

Sure, we can blame the politicians and business leaders for the world falling apart, and it’s especially easy to cheer on the message when it’s delivered by a brilliant, charismatic teenager. But if politicians listened to Greta, what would their actions actually look like?

Greta, a vegan herself, falls short of giving demanding vegan-related policies – most likely because she would then fall out of favor with a large chunk of her supporters.

But in reality, raising animals for meat, eggs and milk generates 14.5% of global greenhouse gas emissions. That’s the second highest source of emissions and greater than all transportation combined.

So if Greta got her way and leaders acted to prevent climate change, they would surely need to start with taxing meat or, preferably, banning factory farming altogether.

If people really want to show solidarity with Greta Thunberg and carve a better future for the next generation, the first step is to follow her lead, take some personal responsibility and ditch animal products from our diets.

What influence can Greta Thunberg have on climate change? Share your thoughts in the comments section below!