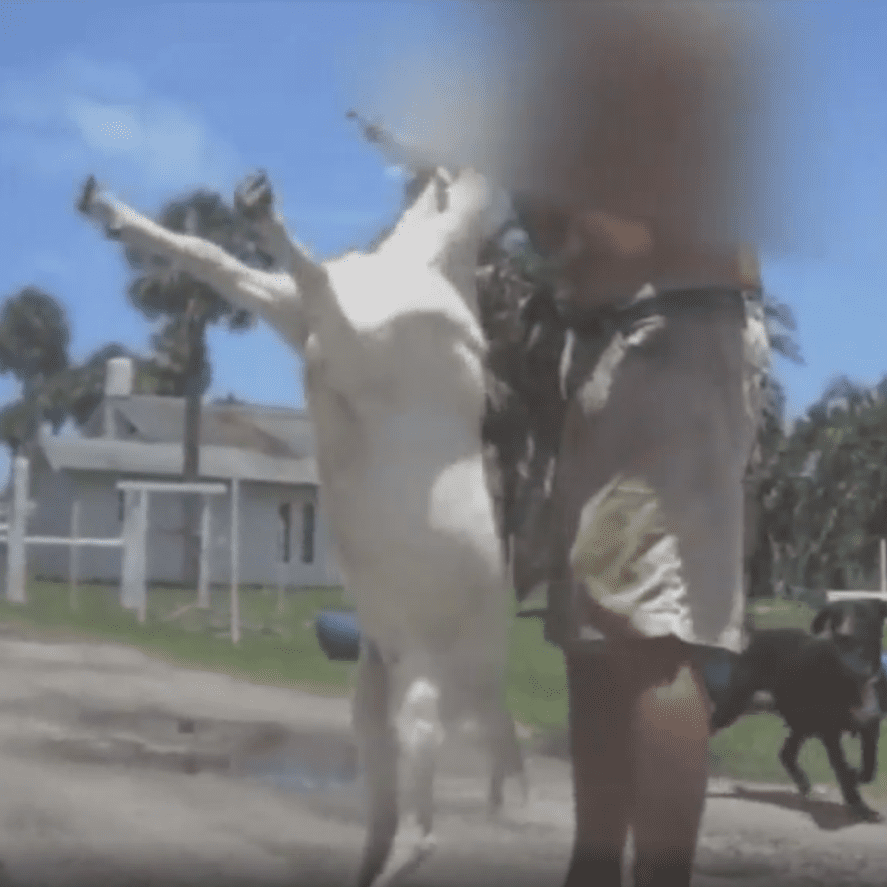 Following the release of the shocking footage, activists are demanding to know why criminal prosecutions have not been brought against workers.

ARM said the videos show ‘extreme abuse and inhumane treatment’ by two men at the business. It pictures goats being dragged by their feet and even skinned alive – one of which the group claims then survived in agony for ten minutes.

Authorities said the farm was closed down as it was operating illegally, but ARM believes it is still operational and the perpetrators have not been punished.

Richard Couto, the lead ARM investigator, said: “This farm is certainly not closed. They are up and running and doing business as usual.

“We have probably the worst crimes committed to animals in the history of Indian River County. This is one of the more violent animal cruelty cases in the United States in 2019.”

He said that after analysing footage, authorities found no probable cause to file any criminal charges.

He also said the named owner of the farm, who has now been reported as deceased, probably never existed in the first place.

“If there’s any appearance that this was not a thorough investigation, that’s incorrect,” he said.

“We have been told that the Black Cloud Ranch has shut down although the brother lives behind the property and those pigs were apparently out and about, so to speak.”

Warning: This link contains graphic footage which viewers may find distressing. You can see the full investigation footage here.