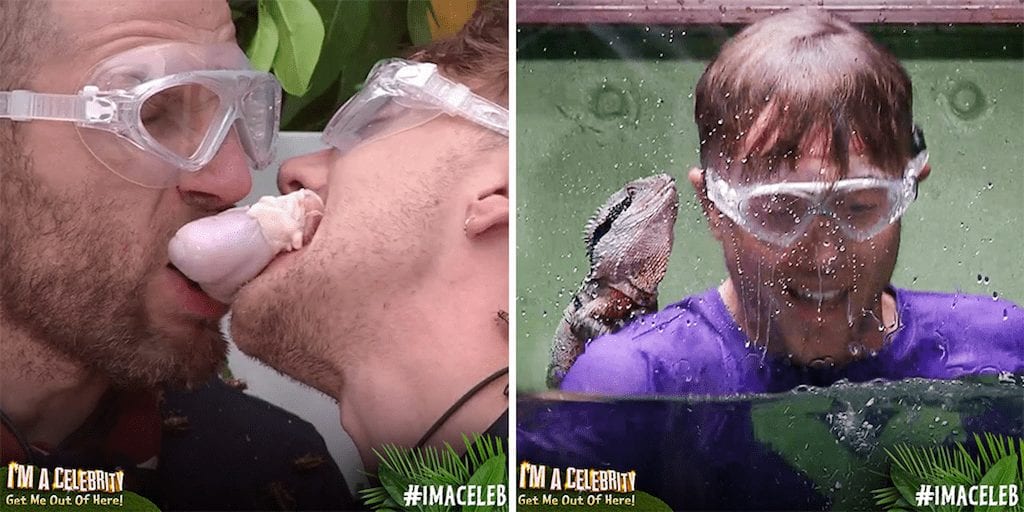 I’m A Celebrity may have slightly moderated its grotesque Bushtucker Trials which have showcased undeniable animal abuse for nearly two decades, but the changes go nowhere near far enough.

For years contestants have been challenged to eat live bugs and stay in close confinement with rats, snakes and spiders.

Animal welfare campaigners have slammed ITV for the trials for years, and a surge in activism in recent years has convinced bosses to take action.

“Every year, for the past five years, I’ve written to the producers of the programme complaining about the way they stereotype animals and abuse them. I always write to them and I’ve never had a reply,” he said.

“I then published an open letter in Radio Times asking for a personal reply from Ant and Dec. They didn’t reply.”

But closer inspection reveals the move is a token gesture to appease animal rights activists.

Celebs will still have live insects and animals thrown on top of them, and they will even be made to hold live bugs in their mouths to test their ‘mental endurance’.

The only thing we’re guaranteed is that living animals will no longer be consumed – but this barely scratches the surface of the abuse to animals which is deep rooted in the show.

Animals are displayed on I’m a Celebrity as a commodity to be used for our entertainment.

Celebrities may think they are facing their worst fears by being trapped in chambers with animals they deem to be scary – but that fear is dwarfed by the stress each animal will feel during the trials.

The show has tried to boost ratings by asking celebrities to continue to push the boundaries and complete tasks perceived as increasingly daring or disgusting.

“I think they still believe that a significant part of the audience are titillated by animals being abused,” Packham reflected in the buildup to this series.

“But that is wrong … We’ve done away with circuses and dolphinariums. The way we think about animals is changing very rapidly and it’s time I’m A Celebrity caught up.”

One of I’m a Celebrity’s showstoppers is to ask contestants to eat the penis of an obscure animal – from Stacy Solomon eating kangaroo penis in 2010 to Fearne McCann eating ostrich penis in 2013.

To break that down – an animal has been killed to feed its body parts to a human who retches in disgust as they reluctantly eat it, all in the name of entertainment.

ITV has responded to criticism by arguing the show “complies with all regional and national laws concerning the use of insects, animals and reptiles”.

But despite what the law says – the plain, unavoidable fact is that the show normalises animal abuse.

What do you think of I’m a Celebrity’s Bushtucker Trials? Share your thoughts in the comments section below!