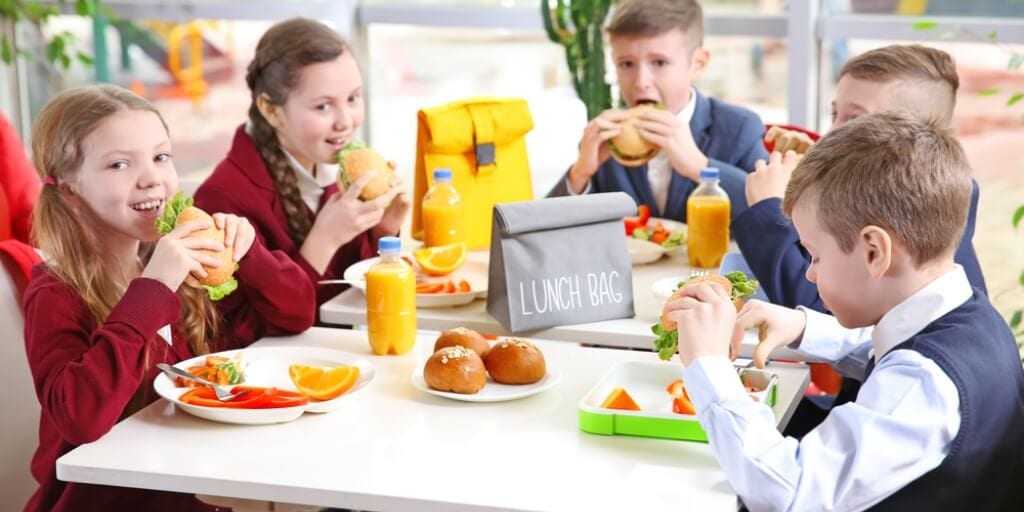 This month, Impossible Foods will introduce its plant-based meat into school breakfasts and lunches nationwide following a Child Nutrition [CN] label from the United States Department of Agriculture [USDA].

The label will allow Impossible Burger products to be served to children enrolled in K-12 schools across the US as part of a larger campaign that aims to help young Americans build better dietary habits and raise awareness of food’s impact on the climate crisis.

The company earned the certification – which makes it easier to determine how much a particular food contributes to federal requirements for nutritionally balanced meals for children- based on the presence of soy protein, one of the key nutrients in its products.

“The product met the rigorous requirements in large part because of soy, the main protein source in our product and the only plant protein that rivals beef from cows in terms of protein quality,” Esther Park, senior scientist in Nutrition, Health, & Food Safety at Impossible Foods said.

“Intake of soy among children and adolescents is not new; in fact, soy has served as a part of the traditional diet for kids in many Asian countries for centuries.

“The Impossible Burger represents a logical next step for schools looking to incorporate more plant-based options that meet nutritional needs of school-aged children.”

While districts will create dishes such as Impossible Street Tacos, Impossible Frito Pie, and Spaghetti with Impossible Meat Sauce, to introduce students to tasty plant-based options, Impossible Foods will work alongside by conducting surveys to gauge feedback on these options.

One participating school in Aberdeen has already reported “a strong response and engagement from both students and teachers” after it rolled out Impossible Meat spaghetti and burgers.

Pat Brown, the CEO and Founder of Impossible Foods, said: “Making Impossible products available everywhere people consume meat, which for kids often includes schools, is key to the mission of the company.

“Schools not only play a role in shaping children’s dietary patterns, they play an important role in providing early education about climate change and its root causes.

“ We are thrilled to be partnering with K-12 school districts across the country to lower barriers to access our plant-based meat for this change-making generation.”

Impossible Foods also commissioned an Insights report to learn about children’s understanding and stance on climate change, food choices, and the relationship between the two.

A third party firm surveyed 1,200 children between five and 18 years of age to prepare the “Kids Rule” report.

The findings showed that 80% of children were aware of the impact of climate change and the awareness increased with age.

Nine out of 10 children said that taking action to prevent climate change was important to them and 73% of the participants said they thought they had the power to take climate action.

Survey questions on eating habits impacting climate change revealed that the majority of kids failed to make a connection between animal-derived foods and climate change.

The vast majority ranked raising animals for meat and dairy as the smallest contributor to climate change which subsequently reflected in their dietary choices.

99% of children reported they ate meat at least once per month while 97 % said they consumed meat once per week.

According to Impossible Foods, “teaching kids about the connection between animal agriculture and climate change can have a profound effect on the next generation and the future of our planet.”

The report reads: “Our research shows that kids care about climate change, and they want to do something about it.

“But they’re still far more likely to take actions like recycling or limiting food waste than they are to stop eating meat, even when they’re educated about climate change contributors. That’s why it’s so important to give them an easy solution that they resonate with.

“The Impossible Burger taps into two key needs for kids: the desire to eat something tasty, and the urge to feel like they are making a difference – in this case, saving the world.”