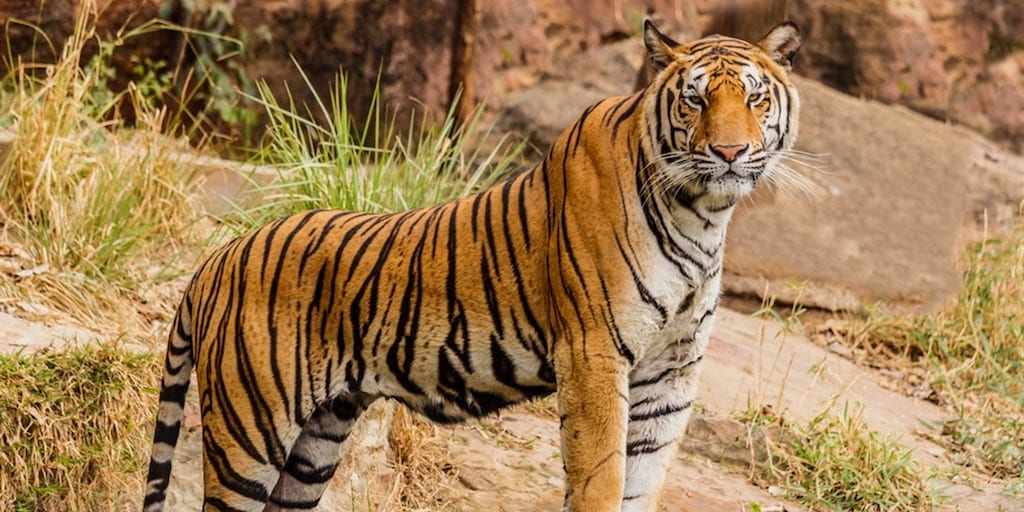 Image: A G on Unsplash

India’s tiger population has seen an incredible recovery over recent years, more than doubling since 2003.

The country’s prime minister has announced numbers have reached almost 3,000 – which he described as a ‘historic achievement’.

Prime Minister Narendra Modi said on Monday: “With around 3,000 tigers, India has emerged as one of the biggest and safest habitats for them in the world.”

In addition, the number of ‘community reserves’ for tigers rose from 43 to 100.

A report titled Tiger Status In India 2018 explained that 60 percent of the world’s tigers now live in India, making the country crucial for the species’ survival.

Belinda Wright, founder of the Wildlife Protection Society of India said in a statement that India ‘still has a long way to go to secure a long-term future for wild tigers’.

But she did celebrate the success of schemes introduced to protect tigers.

Tigers have increasingly come under threat from humans in recent years as India’s cities and villages expand into their territory.

According to official statistics, one person is killed every day by a tiger or elephant in India.

In addition to sanctuaries, it is now a crime to kill the endangered animal in India.

What do you think of efforts to raise tiger numbers in India? Share your thoughts in the comments below!