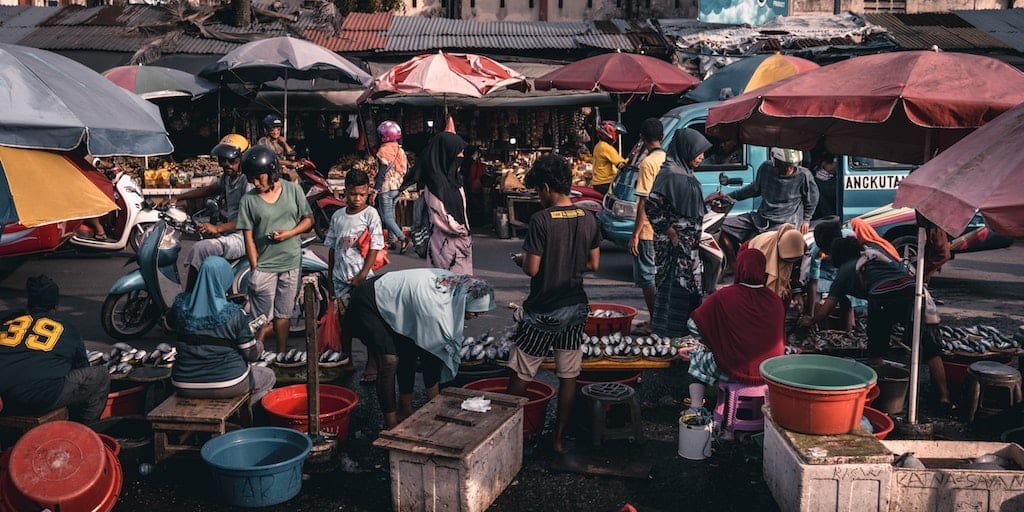 Vendors at a famous Indonesian market have gone against government warnings and continued to sell rats, bats and snakes.

“We’re also urging people not to consume meat from animals suspected to be carriers of a fatal disease,” government officials said in a statement.

The coronavirus outbreak is believed to have originated from a meat market in Wuhan. The Chinese market has many similarities to Tomohon – both sell a huge variety of wild, exotic and live animals.

Experts have concluded the coronavirus outbreak was transmitted to humans by wild animals sold in Wuhan, with pangolins, bats and snakes suggested as the most likely origin.

The death toll from coronavirus is now nearing 2,000 and there are at least 70,000 confirmed cases worldwide in more than 30 countries – though 99% of these are in China.

Governments around the world are battling to contain the outbreak, leading to warnings from public health authorities and government officials to take wild animals off the menu.

But vendors at Tomohon have ignored the warnings and say business is booming thanks to huge tourist trade partnered with local beliefs that wild animal meat is healthy and prevents disease.

Restaurateur Lince Rengkuan also told the publication: “If you don’t cook the bat well then of course it can be dangerous. We cook it thoroughly and so far the number of customers hasn’t gone down at all.”

The coronavirus outbreak has led to calls from animal rights activists and public health officials for a total ban on wild meat trade.

In China exotic and rare animal meat is seen as a delicacy and highly sought after, particularly among wealthy consumers.

But the coronavirus outbreak has forced China to temporarily ban wild meat markets as it struggles to contain the virus.

Pressure has grown on authorities to shut down the markets for good as the virus spreads around the world.

The markets sell not only wild but endangered animals such as koalas, turtles and rare birds.

Wuhan’s ‘wet market’ also sold the pangolin – which is endangered and experts believe is the most likely source of the virus, though this is still under investigation.

The markets also fund illegal poaching and trading of wild animals, reinforcing conservationists’ calls for them to be closed.

Though the current ban is only temporary, president Xi Jingping has indicated a permanent ban may follow.

According to Chinese news agency Xinhua, the president said this month: “It is necessary to strengthen market supervision, resolutely ban and severely crack down on illegal wildlife markets and trade, and control major public health risks from the source.”

The coronavirus has drawn attention to the severe risks meat poses to human populations.

Animal welfare group PETA has urged people around the world to go vegan to avoid a repeat of the deadly outbreak.

“We cannot expect to continue living on planet Earth if we continue to eat animals. It’s really that simple. The easiest thing that you can do for your own health and the world we live in is to go vegan right now and persuade everyone you know to do the same,” the group said.

Share this article to raise awareness of the risks of the meat industry. What should be done to prevent more outbreaks similar to coronavirus? Share your thoughts in the comments section below!