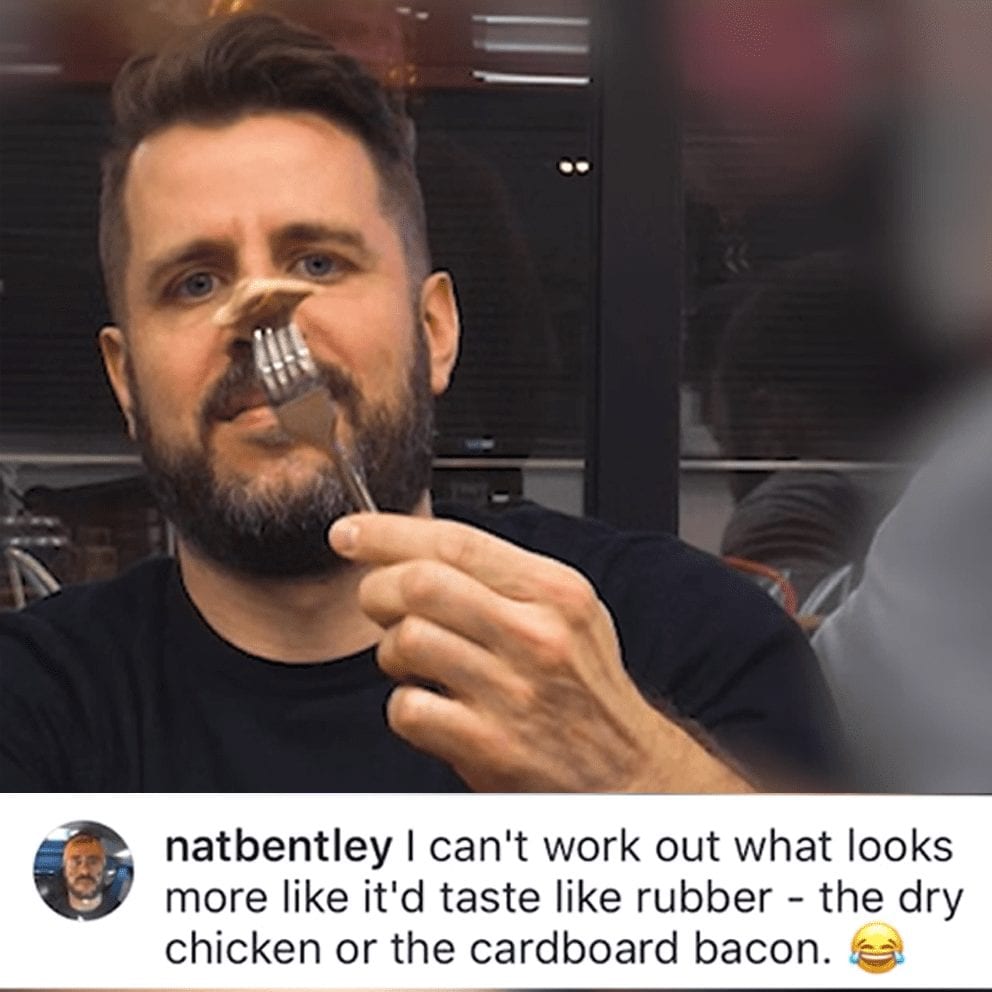 Internet trolls who posted ‘savage’ comments on a vegan meat company’s social media pages have been forced to eat their words.

Meat alternative company This invited three meat eaters in after they insulted the company’s products in posts on the company’s Instagram.

The company gave them the chance to try bacon, sea salt & black pepper chicken pieces and chicken tikka pieces in attempts to change their opinion of the plant-based meat industry.

One of the trolls had said the products ‘look like s***’, another said they appeared ‘dry as’ and one meat eater said ‘I can’t work out what looks more like it’d taste like rubber – the dry chicken or the cardboard bacon’.

When the This team invited the trolls in, they ask one of them ‘Do you remember what you said on Instagram?’ and the man replies ‘It tastes like s***’.

Other participants explain that they didn’t like fake meat and that ‘nothing would compare’ to the real thing.

The team offer the meat eaters the vegan alternatives and reassure them they’re allowed to stick with their original assessment.

“I actually think that’s probably the best fake chicken I’ve had so far,” one reacts. “The texture is exactly the same as chicken.”

The trolls also compliment the product as not being rubbery, and having good ‘bite’.

“I’m even gonna have a second bit of it,” one adds.

What do you think of the meat eaters’ U-turn? Share your thoughts in the comments below!