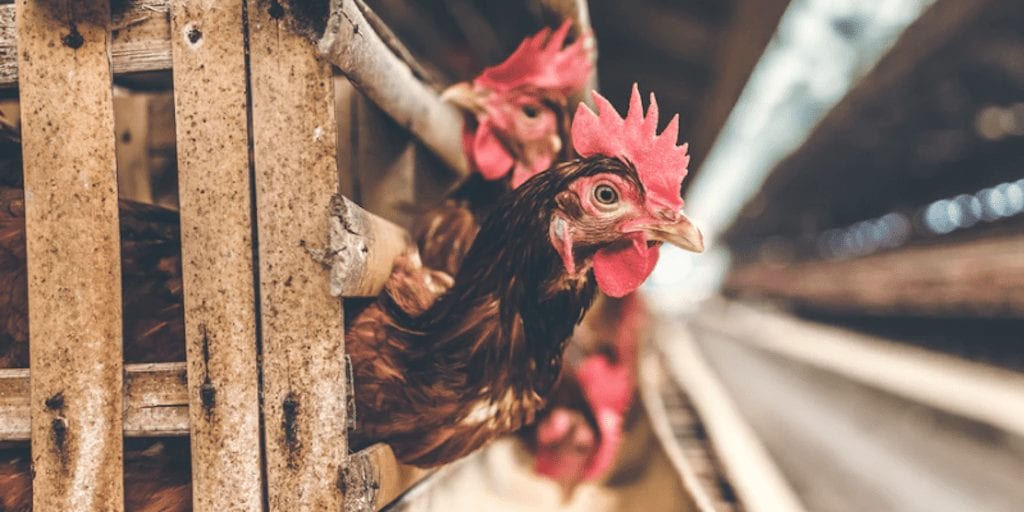 A comprehensive investigation into US slaughterhouses paints a heartbreaking picture of the abuse chickens are subjected to.

A joint investigation by the Guardian and the Bureau of Investigative Journalism inspected hundreds of logs from poultry plants across the country which were submitted to the US Department of Agriculture’s (USDA).

It revealed that in one incident, more than 34,000 chickens froze to death while being kept outside a slaughterhouse in a truck overnight.

Other upsetting reports of abuse to chickens included:

Campaigners say the violations prove the current system, in which slaughterhouse operators submit their reports to the USDA, does not work.

Director of animal roights group PETA, Elisa Allen, told Totally Vegan Buzz: “Every aspect of slaughter is alarming. Birds are often improperly stunned and therefore go to the blade – and even into the scalding tank – fully conscious, enduring agonising pain and dying slowly in a terrifying and miserable way.

“And the final moments of these birds’ lives are just one part of the long and cruel process of modern meat production – from the cramped and filthy cages to the gruelling journeys to the abattoir in all weather extremes.

“There’s nothing alarming about going vegan.”

The report is based on accounts from as far back as 2014 and some major poultry producers are involved.

The data was obtained through a Freedom of Information Act request by the Animal Welfare Institute (AWI).

Legal petitions have been submitted in the past claiming the USDA is not adequately protecting animals from undue suffering. The USDA has always responded by saying it does not have the jurisdiction to create such regulation, according to the Guardian.

Activists are concerned that a post-Brexit trade deal with the US could see an influx of chicken on UK shelves which has been produced under lower welfare standards.

What do you think of the investigation? Tell us in the comments section below!