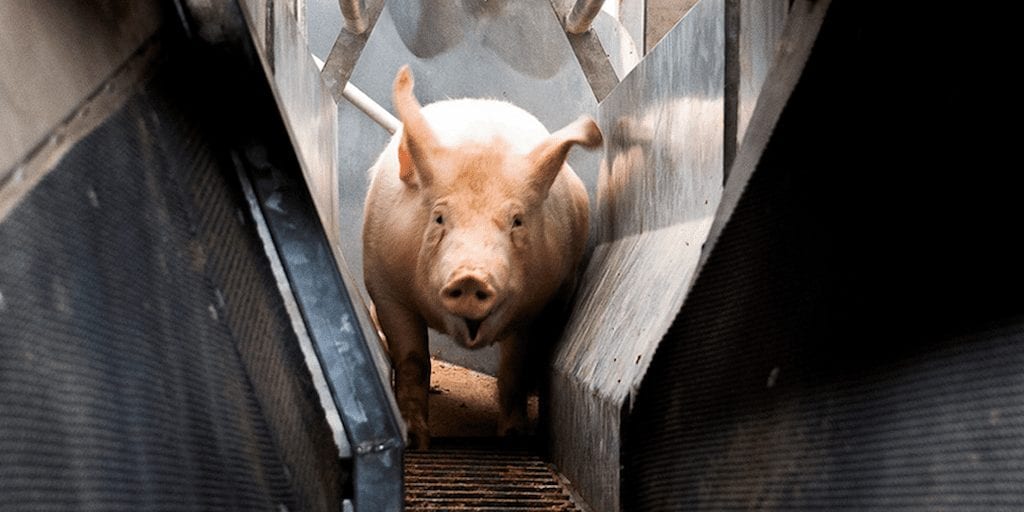 An investigation into an Italian slaughterhouse has revealed horrific animal cruelty in the pork industry, with video footage showing concious pigs bleeding to death after living in squalid conditions.

Animal rights activists launched an investigation into the farm in Lombardy, and footage obtained at the site shows farmers stabbing pigs with electric prods.

Desperate pigs are seen scrambling to escape, in vain, and many are left to bleed to death while still conscious.

WARNING: The below video contains graphic imagery which viewers may find distressing

Sean Thomas, Director of Investigation at the organisation responsible for the investigation, Animal Equality, said workers at slaughterhouses ‘lose sight of the individual expression that this is a living animal’, and scenes such as these are routine in the pork industry.

The process of detachment from the animal is known as “mechanized killing” due to the normalization of violence.

Poor practices are being slowly clamped down on – CCTV cameras are now mandatory in England, while in Switzerland the practice of ‘shredding’ male chicks is now illegal in the egg industry.

But activists say change is not coming anywhere near quickly enough. “Despite the political stalemate, it’s essential we move forward to find concrete solutions. As shown by our video evidence and investigations, it’s necessary to introduce specific laws that will minimize the suffering of all those animals who are sentenced every year to slaughter in our country,” Matteo Cupi, Executive Director of Animal Equality Italy, told Sentient Media.

8.5 million pigs are killed for food every year in the pork industry in Italy.

What laws should be introduced to reduce animal suffering in slaughterhouses? Share your thoughts in the comments section below!