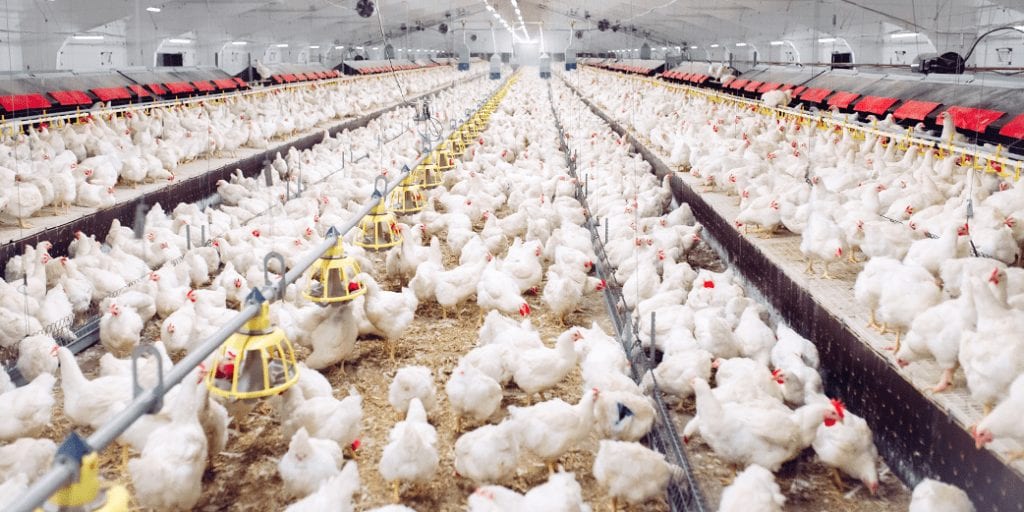 An investigation into the poultry industry in New Zealand has revealed that the reality of ‘free range’ chicken farms is far from what most consumers believe.

Industry watchdog Consumer NZ has demanded authorities introduce mandatory standards for any products claiming to be ‘free range’ after a report revealed poultry farms to host flocks of up to 36,000 birds.

The egg industry is a similar story, as the watchdog found flocks of 10,000 egg-laying hen flocks at so-called free range farms.

Consumer NZ said the report suggests consumers are being misled about what they are buying.

Chief executive Sue Chetwin said: “Our latest survey found most consumers think ‘free-range’ should mean the birds spend most of their days roaming outside in small flocks.

“The majority reckon a free-range flock should number between 500 and 1500 hens but the reality can be vastly different.”

“We think the standard should require companies to list flock size on packaging. It should also make clear the term “free range” can’t be used unless the hens have regular access to an outdoor range and they use it,” Chetwin explained.

Campaigners have argued that the number of hens in a flock does not necessarily indicate high welfare standards.

​Marianne Macdonald, campaigns manager at animal rights group Safe, said: “There are problems with all forms of chicken production but the worst suffering is in chickens bred for meat.

“There are huge numbers of chickens crammed into sheds and they may never get outside because of all the other birds to get past.”

One key issue is the methods involved in growing chickens to full size withiin just a few weeks, Macdonald explained.

“Their explosive growth means they suffer lameness, making it even more difficult to get to the pop holes,” she added.

Share this article to reveal the reality behind the term ‘free range’.