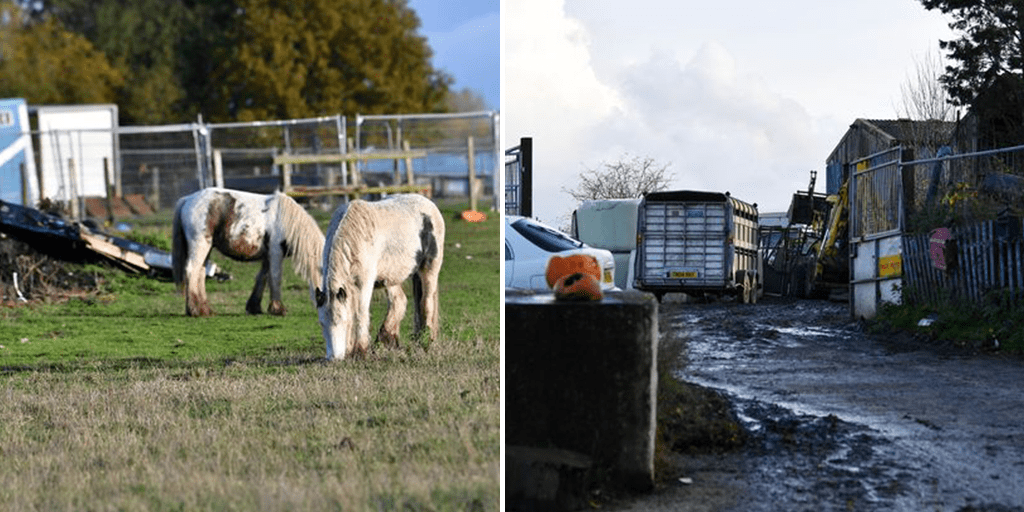 RSPCA inspectors have reported horrific scenes at a puppy farm in the UK including the discovery of a horse carcass in a plastic bag and a hoof in a bucket.

Officials visited the business owned by Geoffrey Bennett, 66 and Christine Kelly, 58 after being informed they were running a puppy mill at Hurst Farm on Portsmouth Road, Ripley, Surrey.

The visit led inspectors to remove 216 horses, dogs, alpacas, goats, donkeys and chickens from the farm.

The pair went on trial at Guildford Magistrates’ Court, accused of 24 counts, most of which were related to animal cruelty.

Images of animals remains and skeletons were displayed at their initial trial.

The defendants have claimed the evidence obtained at the farm by the RSPCA was obtained unlawfully, The Mirror reports.

Bennet and Kelly denied 12 counts of causing unnecessary suffering to a protected animal, six counts of a person responsible for an animal failing in their duty to ensure welfare and six counts of failing to comply with an animal by-product requirement.

A report in Surrey Live at a subsequent trial revealed that the court heard animals had serious infections and were ‘exceptionally underweight’ at Hurst Farm.

Prosecutors accused Bennett and Kelly of keeping dogs in inadequately sized cages and allowing them to develop ear infections.

They were also accused of keeping chickens in conditions with no natural light.

Prosecution witness veterinary surgeon Josie Cocks was quoted at the trial by Surrey Live after treating one of the dogs at the farm.

“The exam I performed that day, he had significant dental disease and dermatitis and its skin condition was very red, [indicating] a bacterial infection,” she said.

“The smell should have been noticed or would have been. The skin condition was very obvious to see for anyone.

“The eye needed treatment to relieve the pain and swelling. We saw both the ears respond in a painful way from the stethoscope. They [the dogs] were in an unsafe environment.”

Share this article to reveal the reality behind animal agriculture.