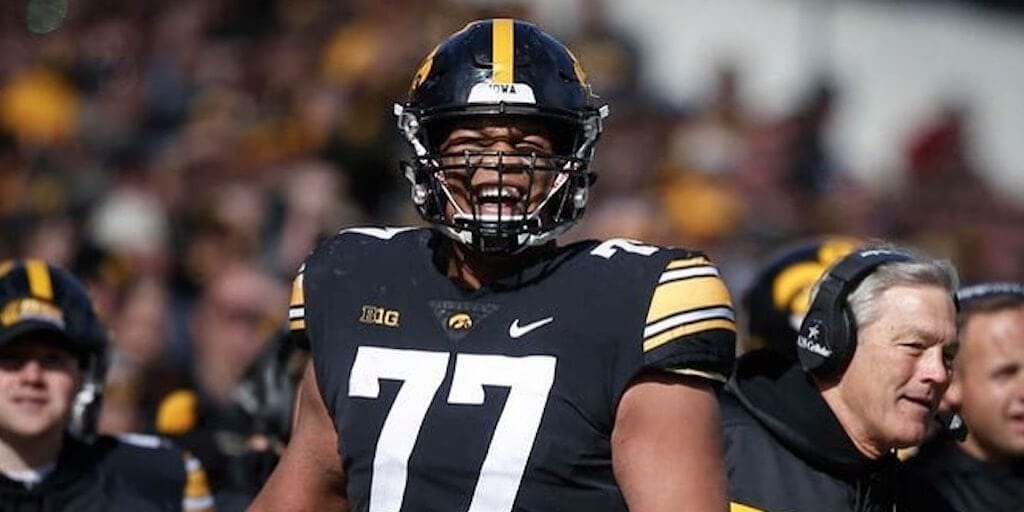 “He seems quick. His movements are more sudden. He seems to have a little more energy, so maybe there is something to it.”

American footballer, Alaric Jackson- who plays for popular team Iowa as an offence linesman- has revealed that he has switched to veganism.

The 6-foot-6 Detroit native made the announcement whilst speaking at a media conference last week.

Jackson revealed he had been considering healthier eating habits for some time.

“Nothing really crazy. It’s just that I think it’s better to have this lifestyle football-wise,’’ said Jackson.

“That’s really all there is to it. To each his own, for the most part. I don’t think it’s unusual or anything. I’m just eating (other types of) food instead of eating meat.’’

According to the 320-pound athlete, the switch has not impacted his health negatively.

“I just lost some body fat, just looking forward to the season.’’

Jackson said he also discussed his diet switch with his coaches, and the strength and conditioning staff, who’ve since been helping him find the best way of incorporating the lifestyle without it impacting his physical size and strength.

“From our perspective, we’re just trying to help him and coach him to make sure it works in the realm of the sport of football,” said interim strength and conditioning coordinator Raimond Braithwaite.

“It was something that was important to Alaric, so …[although] it is a challenge, it is doable.’’

Commenting on Jackson’s performance since going vegan, Iowa offensive line coach Tim Polasek said: “He seems quick. His movements are more sudden. And, I see a change in him in the morning when we practice. He seems to have a little more energy, so maybe there is something to it.

“Alaric is doing a great job as we get ready to start the 2020 season. He’s a tough, physical guy and that hasn’t changed. I wouldn’t want it to and neither would he.’’

He added that while he has never coached a vegan before, he was open to let Jackson choose that option as long as it didn’t impact the senior left tackle’s performance.

Share this story to promote the health benefits of following a vegan lifestyle in a sporting world.