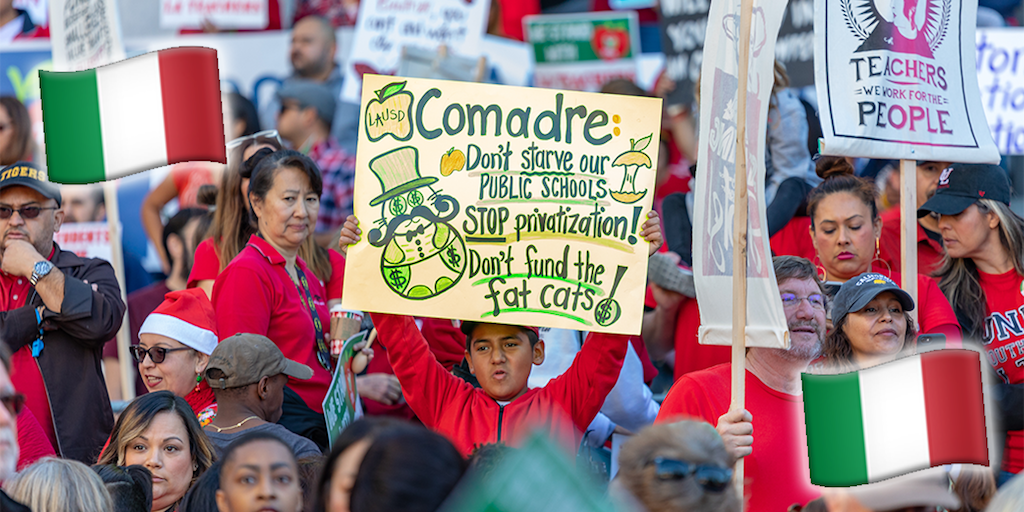 Italy has become the first country to mandate climate change lessons for its public schools.

Italy’s education ministry is developing a curriculum centered around the 17 goals pinned by the UN Sustainable Development program related to tackling poverty, inequality and climate change.

The government has sought the help of scientific experts including Jeffrey Sachs, the director of the Harvard Institute for International Development to finalize the content.

Once the new module is rolled out in September 2020, all students aged 6 to 19 will spend about 33 hours a year studying about the ongoing climate crisis and sustainability measures.

“The entire ministry is being changed to make sustainability and climate the center of the education model, said  Italian Education Minister Lorenzo Fioramonti to Reuters.

A former political economy professor, Mr. Fioramonti represents the anti-establishment 5-Star party and has pushed for environmental policies ever since the party came to power in August.

He proposed taxes on flying, sugar-sweetened drinks and plastics and also encouraged students to bunk school and participate in climate strikes held last September drawing censure from his detractors.

His ideologies have also been denounced by rival party leader Matteo Salvini who feels the climate furor is overrated.

To undermine Salvini’s attempts, Fioramonti responded: “(This is exactly) the kind of nonsense we want to avoid by educating children that this is the most important challenge humanity has ever faced.

“I want to represent the Italy that stands against all the things that Salvini does.

“We have to build a different narrative and not be afraid of saying something Salvini may not like, because that’s why we exist,” he added.

While Italy’s government is trying to make strides towards a sustainable future, elsewhere, President Donald Trump officially backed out of the Paris accord by initiating the formal process of withdrawal.

To this Mr. Fioramonti said every country needs to play its part to stop the “Trumps of the world,” and feels the younger generation is ready to fill in the shoes.

“They are yearning to understand how the knowledge can be applied to foster sustainable development,” he told HuffPost.

“And they yearn for scientific education that can give meaning to their lives.”

He added: “The 21st century citizen must be a sustainable citizen.”

Do you think other countries should implement compulsory climate change education in schools? Share your thoughts in the comments section below!