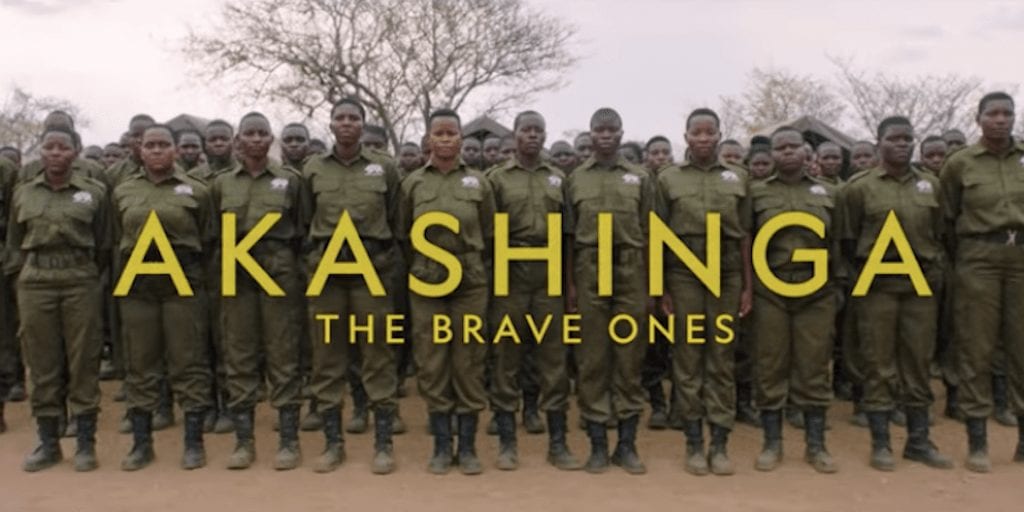 ‘This short film is a celebration of the courage, conservation and unorthodox thinking that’s leading to massive positive change.’

Akashinga: The Brave Ones, is a powerful documentary on an all-female anti-poaching unit that is battling poachers to save wildlife in Zimbabwe.

The film, which has been executive produced by three-time Academy Award winner James Cameron will have its world premiere on the National Geographic Channel during the EarthxFilm Festival held from April 22 to April 27 in celebration of the 50th anniversary of Earth Day.

Announcing the documentary on Instagram, Cameron wrote: “I am proud to share AKASHINGA: THE BRAVE ONES, a powerful short doc coming soon to @NatGeoChannel.

“AKASHINGA puts a spotlight on the @int.anti.poaching.foundation and the courageous women on the front lines of the battle for Africa’s wildlife, under greater threat now than ever before.”

Akashinga founded by former Australian special forces soldier and anti-poaching leader Damien Mander, was conceived as a community-driven conservation project under the International Anti-Poaching Foundation to empower disadvantaged women from abused and marginalized backgrounds by recruiting them to protect Zimbabwe’s wilderness from poachers and trophy hunters.

The women-only team of rangers has already helped consolidate an 80-percent dip in elephant poaching in Zimbabwe’s Lower Zambezi Valley in its first two-and-a-half years in operation.

“These women have achieved what few armies in history have come close to – They won the hearts and minds of the local population, said Mander.

“If given the opportunity, women will change the face of conservation forever.”

In a statement, the founder and CEO of the International Anti-Poaching Foundation added: “The illegal trafficking of wildlife is one of the world’s largest criminal industries, linked to terrorism and, some evidence suggests, to the pandemic we’re struggling to stop.

“Wildlife trafficking must be stopped at the source. This is the job of wildlife rangers like the Akashinga. They’re the first and last line of defense not just for nature, but also for humanity.”

Speaking about the group’s efforts amid the global pandemic, Cameron said: “While we battle with an increasingly powerful viral enemy, the poaching wars rage on.

“The Akashinga are front-line warriors — fiercely committed to protecting Africa’s most vulnerable species and to securing a positive future for their communities. They fight to ensure nature wins.”

The documentary is also an official selection of the Tribeca Film Festival and National Geographic plans to relay the documentary in 171 countries and 43 languages later this year.

“We are honored to partner with our friend and National Geographic Explorer James Cameron to shine a light on the Akashinga, the brave women on the front lines of the poaching crisis, who are transforming their communities and changing the face of conservation,” added Carolyn Bernstein, Executive Vice President of Global Scripted Content and Documentary Films at National Geographic.

Share this article to let others know of the new documentary on the all-female anti-poaching unit in Zimbabwe.