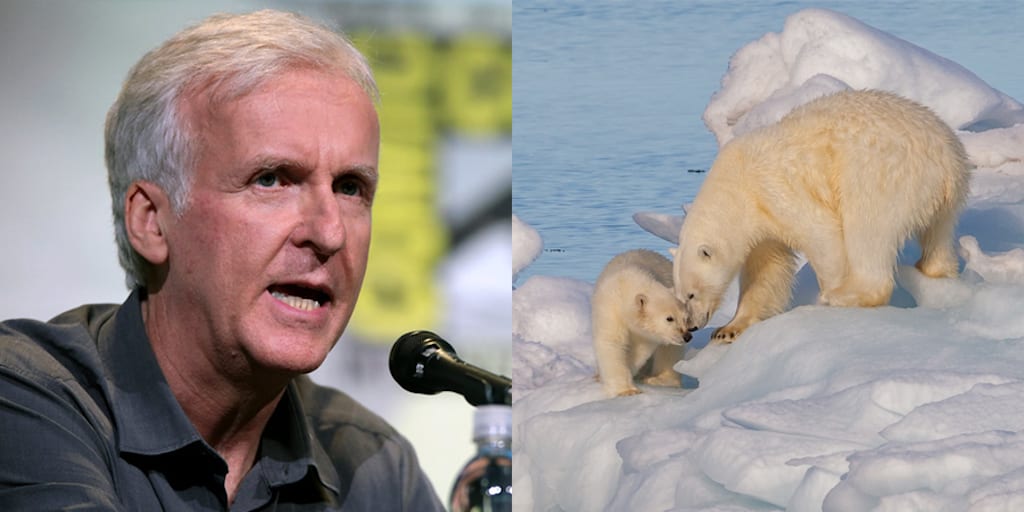 James Cameron launched into a passionate rant about climate change in a recent interview, in which he insisted people need to steer towards a plant-diet to reduce their environmental impact.

The director was relentless in an interview with Variety in which he said: “People need to wake the f*** up; we’re going the wrong direction as fast as possible.

“I like to say that we’re like Thelma and Louis, we’re driving straight toward the canyon at 90 miles per hour with the radio cranked up and the top down.”

Cameron and his wife Suzy Amis have supported environmentalist causes for years. They are investors in Verdient Foods, a plant-based company, and support numerous eco-causes, including Global Green and Oceana.

The duo believe that food sources play a huge role in managing the crisis. The director said: “We tried to find something that was less well understood and was a major lever that could effect change.

“We felt that [food] was one of the least well served, least understood, and biggest, most important ways that we could effect change.

“Food is a good one. It’s probably the second-biggest one. Well ahead is transportation. We all drive around in our Teslas and our Priuses and think we are doing a great job, but really we’re all assuaging our liberal guilt. The real solution is: change the way you live,” he added.

In his new vegan documentary ‘The Game Changers” which will launch on September 16, Cameron attempts to debunk several myths around meat and promotes veganism for health and the environment.

Last year, his wife Suzy also released her book “One Meal a Day: The Simple, Plant-Based Program to Save Your Health, Save Your Waistline, and Save the Planet”.

What influence can vegan celebrities have on society? Share your thoughts in the comments section below!