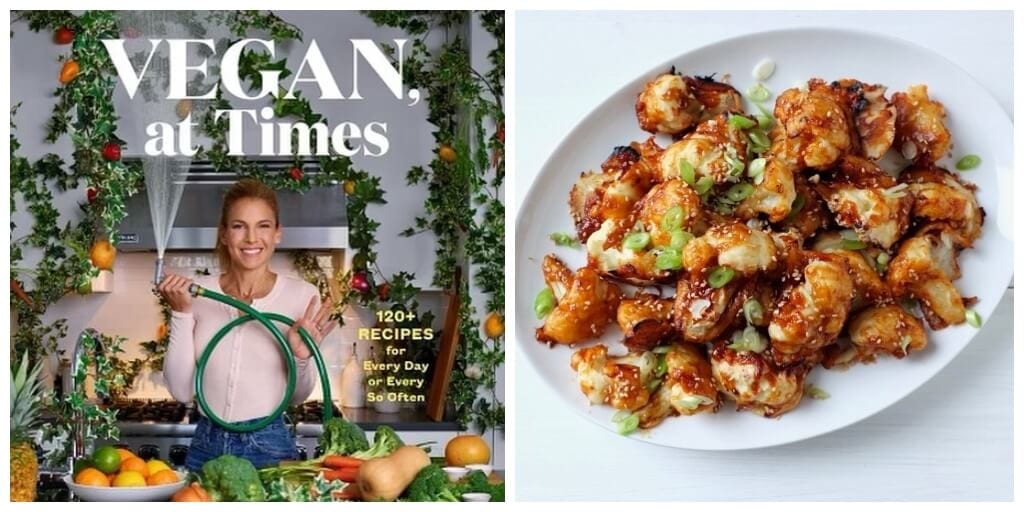 ‘Vegan, At Times’, features flavorful, affordable, and robust plant-based meals that are so easy to make you might forget they’re vegan.

Titled ‘Vegan, At Times’, the cookbook features over 120 plant-based meals and is ‘for those who cannot quite commit and don’t want to be made to feel like sh*t’.

Jessica Seinfeld, her children, and husband Jerry are also not committed vegans.

She only hopes the book will show how easy it is to be a vegan and encourage everyone to try the diet – whether that’s every day, once a week, or just once in a while.

The all-new collection produced in collaboration with food stylist Sara Quessenberry features flavorful, affordable, and robust plant-based meals that are so easy to make you might forget they’re vegan.

“Sometimes we eat healthy and sometimes we don’t. If you can eat vegan food a few days a week, you will feel better, have more energy, do good for animals and the planet.”

‘Vegan, At Times’ is Seinfeld’s fifth cookbook and includes vegan sample menus as well as step-by-step recipes for sweet and savoury breakfasts, comforting and healthy meals for lunch and dinner, delicious snacks that can be whipped together quickly, and essential sauces and dressings—all tailored to home cooks.

The book also shows how to create a basic vegan pantry filled with the essential items to keep in stock especially for those nights when you want to prepare a vegan meal.

Seinfeld has also peppered the book with stories about her family and how they have adapted to a semi-vegan diet.

This isn’t the only celebrity vegan cookbook releasing this year.

Paul McCartney and daughters Stella and Mary are also launching a vegan cookbook along with food brand Linda McCartney.

Linda McCartney’s Family Kitchen will release on 24th June. It features more than 90 recipes all of which are plant-based, sustainable and ‘nourishment for the soul’.

‘Vegan, At Times’ will release on 12th Oct by Gallery Books. You can pre-order it here.

Share this story: American author Jessica Seinfeld to launch vegan cookbook to encourage those ‘who cannot quite commit’.